Tim Burton wants to set the record straight on Beetlejuice 2. The filmmaker behind the supernatural (and super-funny) cult classic film that starred Michael Keaton as the titular ghost has been fending off rumors of a sequel since the film came out in 1988.

The rumor mill went into overdrive last year when it was reported that Burton had asked Dark Shadows screenwriter Seth Grahame-Smith to pen a sequel to the dark comedy. The whispers seemed to be confirmed when star Winona Ryder said a sequel was happening. But those rumors may have been premature. At a press conference for his upcoming film Miss Peregrine’s Home for Peculiar Children, a reporter for fan site Collider asked the filmmaker to set the record straight.

“I have talked to Michael and I have talked to Winona, I’ve talked to a few people,” Burton said, but didn’t have any details to offer, because (brace yourselves, Beetlejuice fans) nothing official is in the works.

“It’s something that I really would like to do in the right circumstances, but it’s one of those films where it has to be right,” the filmmaker told Collider. “It’s not a kind of a movie that cries out [for a sequel], it’s not the Beetlejuice trilogy. So it’s something that if the elements are right–because I do love the character and Michael [Keaton] is amazing as that character, so yeah we’ll see. But there’s nothing concrete yet.”

Maybe a sequel will happen more quickly if we all say Beetlejuice three times? 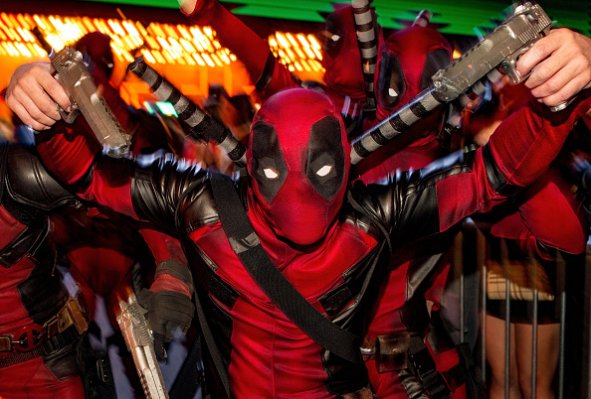 The Honest Trailer for Deadpool Features a Cameo by Ryan Reynolds Himself
Next Up: Editor's Pick