The third episode of Game of Thrones’ sixth season saw Daenerys Targaryen finally arriving in the holy city of Vaes Dothrak and being brought before the dosh khaleen, a group of khal’s widows who serve as soothsayers for the Dothraki people. After being stripped naked and redressed in Dothraki clothing, the Mother of Dragons attempted her usual shtick of rattling off her many titles only to find that the crones’ leader, the widow of Khal Sovo, was less than impressed.

She quickly informed Dany that not only did she break the rules by not immediately joining the dosh khaleen after Khal Drogo’s death, but that being allowed to stay with them is now the best-case scenario for her.

However, based on a line in George R.R. Martin’s A Clash of Kings, one Reddit user has theorized that Daenerys’s future is not as bleak as it seems. The line in question is drawn from the scene in which Dany enters Qarth’s House of the Undying and has a series of visions of both past and (presumably) future events. Show watchers saw this sequence back in season two of the HBO drama, albeit in much less detail.

“In the books, Daenerys experienced many visions. Some of these are pretty obvious (the red wedding, all the slaves shouting ‘mother’), some are more metaphorical or unclear,” <a href="

“>Redditor YahooNewsIsSoLazy writes. “At the end, she was experiencing rapid fire visions, one line at a time. The second to last one appears to be the next place the story goes. It reads as follows: ‘Beneath the Mother of Mountains, a line of naked crones crept from a great lake and knelt shivering before her, their grey heads bowed.’ The Mother of Mountains is a mountain next to Vaes Dothrak, which is where Dany is right now. The Womb of the World is a big lake also next to Vaes Dothrak. She crones are obviously the Dosh Khaleen. Dany is clearly going to do something to get the Dosh Khaleen to fall in line behind her and unite the Dothraki under her command.”

As the promo for this week’s episode, “Book of the Stranger,” seems to indicate a showdown between Dany and the dosh khaleen is imminent, viewers may get an answer about this theory sooner rather than later. 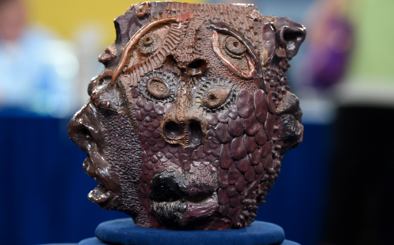