Ted Cruz Is Open to Restarting His Campaign

Ted Cruz may be open to restarting his presidential campaign after suspending it last week.

The Texas senator said in an interview with conservative talk show host Glenn Beck that he wouldn’t completely rule himself out of the race—noting that an unlikely victory in the Nebraska primary could bring his campaign back to life.

“We launched this campaign intending to win, Cruz told Beck. “The reason we suspended the race last week, it was Indiana’s loss, I didn’t see a viable path to victory—if that changes we will certainly respond accordingly.”

Cruz begrudgingly accepted Trump’s impending nomination, but said that he would keep his eyes on the race before offering his support to any candidate or before giving up completely.

“The voters in the primary seem to have made a choice,” Cruz said. “We’ll see what happens as the months go forward, I think we need to watch and see what the candidates say and do.”

His comments were far from an endorsement, as he has been slow to offer his support to Trump after trading verbal barbs with the billionaire for months.

Cruz exited the race last week, after a loss in the Indiana primary, but vowed to return to Washington to lend his efforts to the GOP in the Senate.

“One of the disturbing things about this election, and there are may, is that it opens the door, potentially, for what comes next,” Cruz said. “What comes next is not likely to be sound, stable leaders with good judgement and the understanding of the problem.” 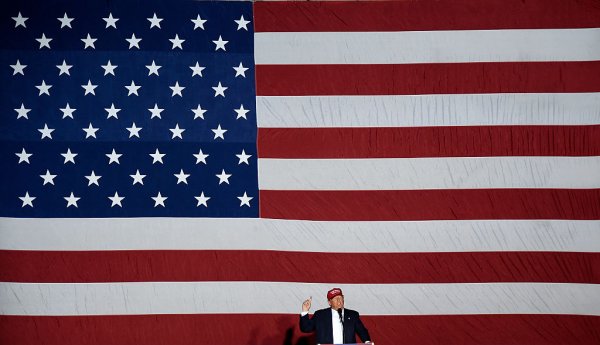 Could a President Trump Do What He Wants Overseas?
Next Up: Editor's Pick