A flag during a LGBT Pride Celebration, on June 30, 2013.
Sarah Rice—Getty Images
By Katy Steinmetz

About two decades after Dee Fulcher left the Marine Corps, in which she served for nearly a dozen years, she came out as a transgender woman. “From the age of probably six I knew that I was different,” says the 54-year-old from Louisiana, who once worked on helicopter hydraulics systems. “Part of the reason I joined the service was I wanted to be the macho man everybody wanted me to be.”

But now Fulcher is on another path and believes that her healthcare provider, the Department of Veterans Affairs, is holding her back because of a blanket prohibition on providing surgical care to transgender veterans, which she can’t afford out of pocket. Along with a Army veteran who identifies as a transgender man, she is one of two named individuals seeking to have that rule rewritten through a petition submitted to the Department on May 9.

“When people are denied care or care is delayed, it can lead to significant psychological distress, depression and even suicide,” says Sasha Buchert, staff attorney at the Transgender Law Center. That organization, along with Lambda Legal, filed the petition on behalf of those individuals and the Transgender American Veterans Association, an organization with approximately 2,268 members around the country.

Fulcher says this is about her mental well-being. “I’ve had good times here and there just like anybody else, but the majority of the time it was the unhappiness and uncertainty about who I am and not liking who I am, physically. You get sick from looking at yourself in the mirror,” she says. “Now I’ve found my answers … [but] I just feel like I’m not fully being able to be a woman.”

The V.A. has not yet responded to a request for comment.

In the petition, the legal team essentially makes four arguments. The first is that the V.A. already provides transition-related healthcare for transgender people, such as hormone replacement therapy and mental health services, so the ban is “arbitrary,” says Lambda Legal’s Dru Levasseur. (The V.A. issued a directive in 2011 indicating that staff must provide such care “without discrimination.”) The second is that the V.A. covers the same procedures that transgender people are seeking, such as mastectomies, for non-transgender and intersex veterans. The third, says Levasseur, is “the V.A. created this exclusion without examining any relevant data,” ignoring the “medical consensus” on the topic.

On that point, the legal team has gathered materials to point to, such as a statement from the American Medical Association that “an established body of medical research demonstrates the effectiveness and medical necessity of mental health care, hormone therapy and sex reassignment surgery” in treating people with gender dysphoria. That’s not to say that every transgender person needs or wants surgery, and having had more surgery does not make someone more transgender, cautions the Transgender Law Center’s Buchert, but those procedures can be “life-saving” for those who do want them.

The fourth argument is the same one that the U.S. Attorney General is making to oppose a controversial law passed in North Carolina, one that seeks to ban transgender women from the women’s room and transgender men from the men’s: that discriminating against transgender people is a form of sex discrimination, which is prohibited by the Civil Rights Act. Though there is no federal law that explicitly prohibits discrimination based on gender identity, advocates have increasingly been relying on the sex discrimination ban to win cases in federal courts and through administrative bodies like the Equal Employment Opportunity Commission.

Buchert says the legal team is confident that appealing to the V.A. to rewrite this rule will work but that they’re willing to file a lawsuit if it does not. Blanket bans on surgery for transgender people, which Medicare lifted in 2014, are based on “outdated” modes of thinking, she says, such as the belief that such surgery is “experimental” or “cosmetic,” rather that a medically effective treatment for people who feel a severe incongruence between their bodies and innate sense of self.

“I’m just not comfortable in my own skin,” says Gio Silva, the Army veteran named in the petition. “Since I was little kid I thought I don’t belong in this body.” Silva says he wants a mastectomy not just for transition-related reasons but also because he has large breasts that cause physical pain, a reason that non-transgender women seek such surgery. “I hurt every single day,” he says. “I did my time in the military and I was told, ‘Hey, if anything does happen, we got you. This is a brotherhood.’ And I don’t feel that.”

Transgender people as a demographic experience much higher rates of poverty and unemployment than the general public, and the notion of paying for such surgery himself seems impossible to Silva. The surgeries in question could cost anywhere from several thousand dollars to $50,000, but while that kind of bill can be crippling for individuals, the legal team says, several studies have found that those costs are often negligible for big insurers. And, says Levasseur, the cost of surgery is often smaller than the bills taxpayers will foot when transgender people turn to more destructive means of coping, such as substance abuse or attempting suicide.

In 2013, the Department of Veterans Affairs treated more than 2,500 veterans for gender dysphoria, with the exception of providing surgical care. A study by UCLA’s Williams Institute estimates that 150,000 transgender Americans have or are currently serving in the military. Though a ban on their open military service is under review, it remains in place.

Fulcher says that while she opposes the ban on surgery, the V.A. has been generally very supportive of her in an upending, stressful time. She attends a support group for transgender veterans organized by the V.A., goes there for counseling and gets hormone therapy from a V.A. healthcare site. “It’s sort of funny,” she says, “that they’ll provide you all the hormones and everything else to go halfway but they won’t finish the job.” 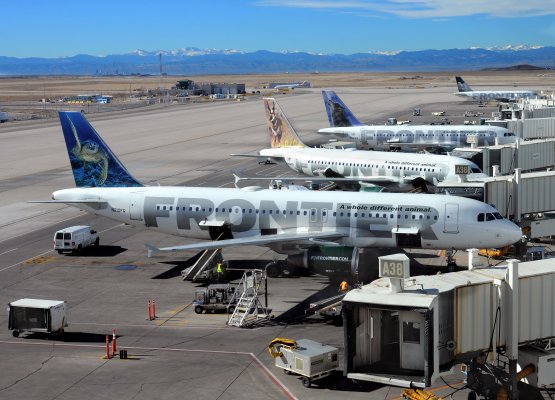