Civilization VI will be with us in five short months, unveiled Wednesday and already locked into an October 21 release, when PC gamers can grab it for $60.

While the writeup off 2K’s threadbare press release makes it hard to see what’s worth getting excited about, having spoken with lead designer Ed Beach and gameplay designer Brian Feldges, I can say the game sounds less like a trickle of new ideas than a flood.

Here’s a rundown of what they told me.

“We’ve had five different games in this series, and Civilization V is still very popular. It still has tens of thousands of people a day playing it on Steam,” says Ed Beach. “So we knew that we had to come up with an interesting angle for Civilization VI that would push the series in new directions and try out some things we hadn’t tried before.”

“In order to do that, the first thing we wanted to do was look at where we were with Civilization V. So we had some areas where the game wasn’t being played exactly as we’d hoped, or it was a little weaker than anticipated in those areas.”

Firaxis wants players ‘to have to think on their feet’

“The number one thing we found was that players of Civilization V tended to come up with a specific pattern for how they would play the game, and then they would follow that pattern,” says Beach. “They would play the game over and over again, which was great, because we had 43 leaders in the game and so many different civilizations to try. But players would always approach how they went about winning similarly.

“There were things you’d find on forums about how building your empire to four or five cities was the optimal strategy, and there was never any reason to go beyond that. There were tech tree assumptions that you always wanted to approach its beginning in the same way, and that you’d want to rush toward the National College or to the Great Library, get those built, get your science up, and once you’d done that there’d be other paths through the tech tree you’d always want to take in the same way.”

“We liked that our fans had done so much work analyzing these strategies. But we didn’t like that there were clearly identifiable patterns that you didn’t have to break out of, and that you could follow those through every single game. We wanted players to have to think on their feet more. We wanted players to have to come up with brand new untried strategies, to have to react to situations they might be faced with in Civilization VI. Or to put that another way, to make players play to the map they’re given.”

The new ‘unstacked cities’ are the first part of this approach

“We’ve gone away from what was true in all the other Civilization games, where creative buildings or wonders of the world wound up buried deep within cities, all within one tile of the map,” says Beach. “And you’d lose track of what you’d built in which cities because you couldn’t see it. So we decided to take all that interesting content that was stacked in cities and spread it across the map. And not just randomly. We want how you place each of these items on the map to be an important decision that’s going to shape how well you’re doing in the game.”

And the second involves mini-quests

“In the past, pretty much all the Civilization games worked the same way with research,” says Beach. “You’d pick a node on the technology tree, your scientists would start making progress toward that turn after turn, then you’d have to wait for it to happen. It was a very passive activity. We wanted to make sure your progress in the tech tree was something you had more control over, something where you could push your progress if necessary.”

“So what we’ve done is, for pretty much every technology in the tech tree, we’ve associated a specific activity that’s sort of like a quest. And if you finish that activity, boom, we give you a big credit, about 50% of the science that you need to unlock that particular technology is granted to you.”

“So the tech tree is now set up so that it adjusts itself based on your play style. If you’re playing the game militaristically, all of a sudden the militaristic path through the tree is going to open up and be easy for you. If you’re playing the game building a navy, all of a sudden all of these maritime technologies are going to open up for you. It rewards you for being active in certain parts of the game.”

“The number one thing to know is that Civilization VI is not built on the previous engine,” says Beach in response to a question about critiques of Civilization V‘s ability to play the game on its own terms. “All of the gameplay systems have been entirely rewritten and re-architected. We’ve specifically set it up to be very modifiable. And we’ve rewritten the A.I. from the ground up, learning all the lessons that we had from Civilization V, so we know how best to solve some of these problems in military combat and so forth.”

“It’s a much more goal-oriented A.I. than in the past. The A.I. in Civilization V was very much based on a flavored weighting system, and this one is much more able to follow all the chains of logic, like ‘I need these tech boosts to get to this part of the tree.’ So it’s a very different approach.”

“The other thing is that we’ve changed the way leaders work in diplomacy. In previous versions, all of the leaders approached the game in basically the same way. Here you have very different key triggers, with A.I. that’s now driven by what we call leader agendas. A leader agenda is a specific historical way of approaching the world that we assign to each of the leaders based on what they were good at when they were ruling their empire.”

“Each leader has a historical agenda that you’ll learn as you play the game repeatedly. But we also assign secret agendas to the leaders that you have to uncover through espionage. And so the diplomatic landscape is much richer. The more you mix all the different personalities into a big soup, the more you end up with a very interesting diplomatic landscape.”

The user interface has been overhauled to combat feature creep

“We’re aware that as we add depth, we have to make sure this game is just as easy to play as any of our other titles have been,” says Beach. “There’s a big push on user interface with this game. We’ve taken a whole new approach to user interface development, and there’s a lot that helps players understand what’s going on in the game.”

“A decision isn’t difficult to make if you have context for that decision,” adds Feldges. “I think it’s going to make it much more accessible, but that’s the balancing act you always have with a Civilization. If you make something accessible, you get criticized for dumbing it down. If you make it too complex, you run the risk of alienating new players. And so we’ve been very conscious of that, and I believe on a very good track.” 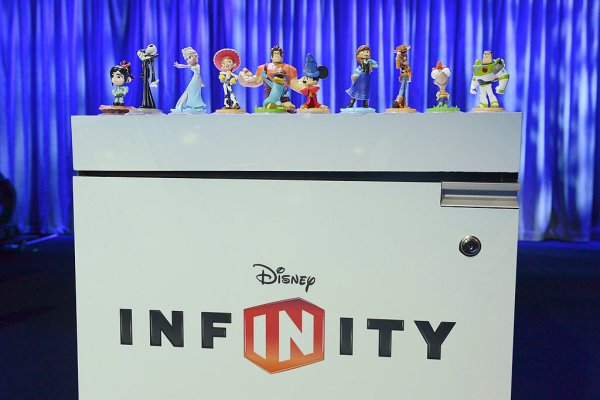