Sid Meier's Civilization 6 Is Coming to PC This October

A new Civilization strategy game is in the works by long-time developer Firaxis. Surprisingly, the unveiling of Sid Meier’s Civilization VI isn’t some nebulous teaser for a game players won’t get for another five years: The $60 title is coming out October 21, in just five short months.

Sid Meier’s Civilization VI doesn’t seem like it’s out to rock the boat. It will still fundamentally be a hex-based, turn-driven, history-themed strategy game. It will, once again, allow gamers to play as a famous leader (in opposition to various others) and take a stab at building an empire. They will do so through diplomacy, research and—depending on a player’s diplomatic proclivities—interacting with other civilizations by way of olive branch or sword.

What’s new seems centered on the way the game handles cities, whose municipal features can now spread across multiple tiles (creating, presumably, scenarios in which parts of a city could become contested).

But the studio’s also highlighting significant changes to other long-standing systems. Players can now unlock boosts to speed up research. Diplomatic options now evolve in tandem with the evolutionary status of a civilization. And unit stacking, which was possible in earlier iterations of the series, is back, sort of. You can merge complementary units (say anti-tank support with infantry) in Civilization VI to form more powerful combinations.

The only downside? Like Firaxis’ acclaimed sci-fi strategy game XCOM 2, released last February, Civilization VI is for PC only. 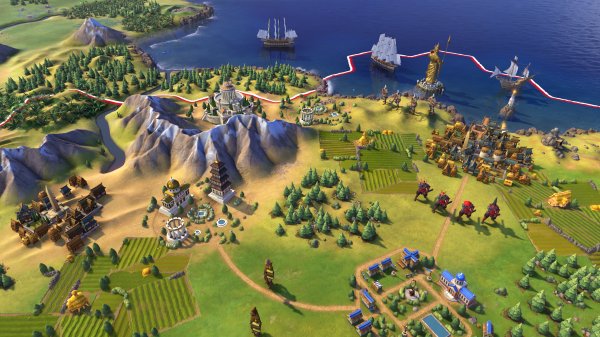 6 Reasons Civilization 6 Sounds Totally Different From Past Games
Next Up: Editor's Pick