An aerial view of the Taiwan-controlled Taiping island, also known as Itu Aba, in the Spratly Islands on March 23, 2016
Johnson Lai—AP
By Mark Rivett-Carnac

A Taiwanese legal group has interjected in an international court case brought by the Philippines against China’s claim to parts of the South China Sea.

The government-linked Chinese (Taiwan) Society of International Law submitted written evidence to the Permanent Court of Arbitration in the Hague, according to Reuters, arguing Taiwan’s claims in the disputed waters.

In the court case, the Philippines has challenged China’s territorial claim to nearly all of the rocks, shoals, and reefs in the South China Sea. Vietnam, Malaysia and Brunei also have claims to swaths of the waters, through which about $5 trillion of trade passes every year.

Taiwan’s intervention could delay judges’ rulings in the case, Reuters says, and complicate other disputes in the area.

Beijing and Washington have accused each other of militarizing the region. The U.S. has patrolled the South China Sea with Navy destroyers and China has stationed missiles on a contested island, while expanding its territory through reef reclamation. 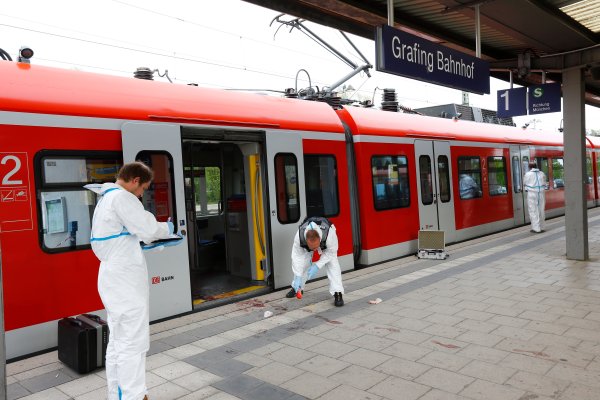 Germany: 1 Killed, 3 Injured in Knife Attack
Next Up: Editor's Pick