One calls Mexicans rapists; the other jokes about gang rape. One vows to build a wall at the Mexican border; the other threatens to “butcher” criminals. Both have used stump speeches to brag about the size of their manhoods. And both have had rows with the Pope.

Much has been made of the similarly between Republican presidential front-runner Donald Trump and Rodrigo Duterte, the controversial mayor of Davao City in the southern Philippines, who was elected the Southeast Asian nation’s new President by a landslide on Monday.

Both have run populist campaigns that have provoked international concern. Trump’s plan to halt Muslim immigration to the U.S. prompted half a million Brits to sign a petition that called for him to be banned from the U.K. Duterte’s appalling remarks that he “should have been first” in the 1989 gang rape of an Australian missionary drew censure from the U.S. and Australian ambassadors. (Duterte responded by telling both to “get out” and threatening to sever diplomatic relations.)

Yet similarities between the combustive pair are overplayed. Duterte, 71, has spent three decades in public services, first as a lawyer and prosecutor, and later as mayor and Congressman. His election to his nation’s highest office is based on his zero-tolerance approach fighting crime in Davao, where Amnesty International alleges “death squads” under his control are responsible for 700 extrajudicial executions. (In response, Duterte put the figure at closer to 1,700.)

Under Duterte, Davao has been ruled by an iron fist (which, incidentally, is one of his nicknames, along with “the Punisher” and “Duterte Harry.”) There is a 10 p.m. curfew for unaccompanied minors, a ban on the public consumption of alcohol after 1 a.m., a complete ban on smoking in public places, and a 9 p.m. curfew on boisterous karaoke (not surprisingly, when you consider that singing “My Way” in a Philippine karaoke bar can get you killed).

Such stringent measures are “to make sure our children are in their homes, sleeping and preparing for their next day of school,” Peter Lavina, Duterte’s campaign manager, told a press conference Tuesday.

Whereas Trump equates criminals with immigrants, Duterte puts criminality down to drugs, even vowing to “kill” his own children if they dabbled in narcotics.

As for the similarity in their boorish campaigns, Lavina puts this down to local culture. “You have to understand the Philippines-style of election,” he says. “Politicians need to communicate with their audience. Many sing and dance, some make jokes, some make funny faces, some dress outrageously. We don’t expect the same attitude of our officials thereafter.”

That may be a stretch. When last month TIME interviewed Philippine Senator Grace Poe, who at the time was leading Duterte in the presidential campaign, she was so coy that she wouldn’t even confess her favorite television show. “I rather not be judged by the series I watch right now,” she blushed, “it’s something I just do to relax my mind.”

Duterte is certainly more pugnacious that your typical politician, but the devout Christian is surprisingly supportive of minorities, fiercely backing the marginalized Moro Muslims calls for greater autonomy, and even advocating for gay marriage in the devoutly Catholic nation.

The main difference between Trump and Duterte is that we have a rough idea what a society governed by Duterte looks like — moreover, those who live in it are overwhelmingly supportive. Monday’s presidential vote was the 11th election that the Duterte has fought, and the 11th that he has won. The adoration that greets him in Davao is palpable.

The Philippines knows what it is getting. With Trump, America is looking at the unknown. 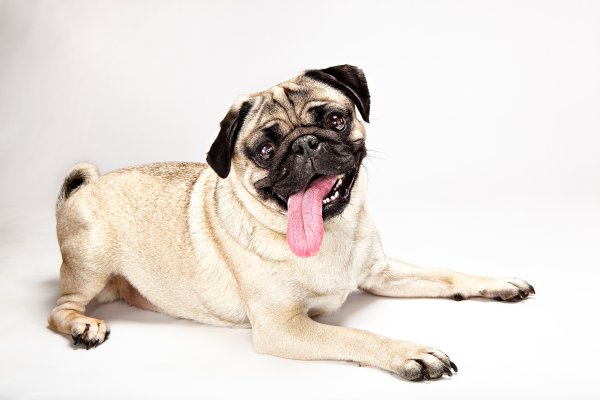