Microsoft Hits $1 Trillion in All-Time Revenue, and With More Profit than Apple

He noticed the milestone while researching a post about Microsoft’s tax breaks in the state of Washington.

Microsoft hit the milestone in its last quarter, according to the spreadsheet posted by Reifman.

Business Insider: A Look Inside the Massive Space that Will Become Apple’s $2 Billion ‘Data Command Center’

Apple hit $1 trillion in revenue earlier, in 2015, his research shows.

Business Insider: The Craziest Things That Microsoft Has Done in the Last Two Years

On the other hand, when it comes to profits, Microsoft has come out slightly ahead of Apple: $261.6 billion in cumulative profits for Apple, and slightly more, $265.2 billion for Microsoft.

Amazon and Google, younger companies than Microsoft and Apple, have not yet hit the $1 trillion revenue mark, but are about half-way there, Reifman reports. Amazon, for instance, came in at $545 billion in all time revenue but only $3.31 billion in profit. (Amazon has famously not earned significant profits for most of its existence.)

Business Insider: Microsoft is not Donating Cash to Support the Republican Convention this Year

As for Google, Reifman’s research shows it has so far earned $417.3 billion in all-time revenue with $96.3 billion, cumulatively, in profit. 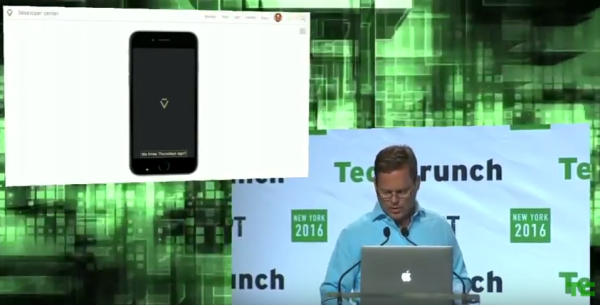 The Creator of Siri Has a Brand New Assistant That's Way More Intelligent
Next Up: Editor's Pick