Technology, like fashion, is cyclical. What’s cutting-edge today will be yesterday’s news tomorrow, only to develop a kind of retro appeal the day after that. How else to explain the resurgence of vinyl records, sales of which climbed 30% in 2015?

It’s in that spirit that the Berlin-based Impossible Project is on Tuesday introducing the I-1, the first new camera to shoot on true Polaroid-style film in at least a decade. While other firms make devices that instantly print photographs, none capture the old-school Polaroid experience the way this does.

Gif by Kenneth Bachor for TIME

The I-1 is an easy-to-use, mostly automatic camera that recreates what it was like to use a true Polaroid, down to the noisy machinery that spits out its self-developing snapshots. An eye-catching ring of LED lights pulls triple duty as a flash, shot counter and battery indicator. While a Bluetooth connection and accompanying smartphone app allows for manual controls and a remote shutter feature, the I-1 is solely an analog camera — that is, it creates no digital version of the images it takes.

That could make it a non-starter for the connected set. But Impossible Project CEO Oskar Smolokowski, 26, says there is a small but dedicated group of instant photography fans who, like vinyl buyers, appreciate the tangibility and feel of film.

“This thing lives on its own, it gives you something that’s a photograph that you can hold, it develops and somehow it’s still magical to people 40 years after it’s been invented, it’s incredible,” says Smolokowski. He believes that instant film’s appeal extends beyond older photographers who feel nostalgic for Polaroid’s golden era. The 26-year-old Taylor Swift, for instance, is a noted fan of the format, using it for the album cover of her latest release, 1989.

Gif by Kenneth Bachor for TIME

The Impossible Project gained a cult following for its ambitious (some would say foolhardy) campaign to recreate Polaroid-style film when that company backed away from the format in 2008 amid the rise of digital photography. But using Impossible’s film meant getting your hands on a working Polaroid-style camera. With the I-1, Impossible is giving its fans a modernized take on the instant film camera. If successful, the I-1 could also create new demand for Impossible’s film.

The Impossible Project has so far outlasted its early doubters, but Smolokowski says the company is not yet profitable. The I-1, he argues, could “turn that around.” His goal is to sell 50,000 units by the year’s end, but he admits he’ll “be happy if I come remotely close to that.” (A protip: “You shouldn’t shake,” I-1 photos, Smolokowski says, OutKast be damned.)

In some ways, the I-I is simultaneously the apex and antithesis of the instant gratification era. To many, the word “Polaroid” is synonymous with immediacy. Pictures snapped with the company’s cameras developed right before your eyes, decades before smartphone photography made the very idea of developing a photograph seem quaint. But the I-1 contrasts with popular photo-sharing apps like Instagram and Snapchat in that the result is not a series of bits and bytes to be seen once and quickly forgotten, but rather a tangible artwork that can be proudly displayed in the real world. (Several services let you order prints of your Instagram photographs, but it’s not a central feature.)

“You don’t care if the image is crooked on Snapchat,” says Smolokowski. “You just want to get it out, to share that moment really quickly. It’s like this thing of the moment. Here, you commit. It’s very much the opposite. If you do a pack in a month, we consider that a lot of shooting. But the photos will matter, because every time you press the trigger, you’ve thought about it.”

The I-1 is available for $299 on Amazon, at the Impossible Project, and the MoMA Design Store. Eight-packs of film cost about $24. 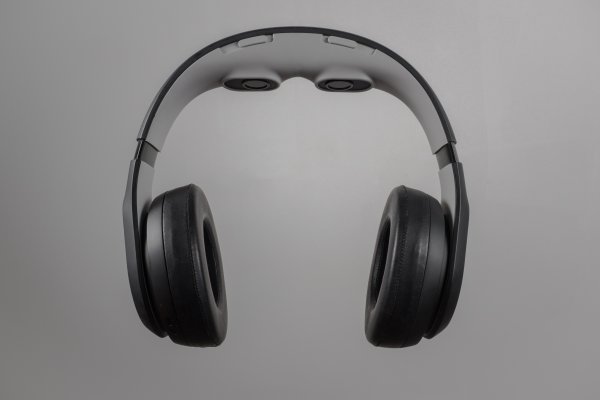 Review: Trying the Headset That Beams Movies To Your Eyeballs
Next Up: Editor's Pick