Review: Radiohead's A Moon-Shaped Pool Is Gloomy, Anxious and Gorgeous

Thom Yorke of British band Radiohead performs at the Optimus Alive Festival in Alges, on the outskirts of Lisbon July 15, 2012.
Hugo Correia—Reuters
By Maura Johnston

In many ways, Radiohead is the ideal band to be scoring 2016’s increasingly dystopian present. Not only did the British quintet pioneer the digital-rush-release strategy that’s been adopted by artists from Beyoncé to Kanye West, their ever-starker view of the world around them—which started off in a pretty dark place to begin with, as evidenced by their initial breakout single “Creep”—is matched by music that trembles with anxiety and fear beneath even its most beautiful facades.

A Moon-Shaped Pool, Radiohead’s ninth record, doesn’t just speak to these tensions; it serenades them. On the surface, the album—which came out on Sunday, capping a whirlwind promotional cycle that began with the erasure of the band’s social media profiles—is a beautiful work, with textures that can cascade over a listener like water. The band balances the demands of art-rock—unbridled grandiosity, big and possibly unanswerable questions, lengthy songs—with precision approaches to their craft, as Thom Yorke’s unparalleled wail steers the ship. Guitarist Jonny Greenwood, who has written scores for epics like The Master and Inherent Vice, worked with the new-music ensemble the London Contemporary Orchestra on rounding out the record’s sound, giving the band’s offerings an even more potent wallop.

The central questions that have lurked underneath Radiohead’s music over the past two-plus decades—which essentially boil down to, “How can you be a feeling and thinking human in a fairly (and seemingly increasingly) uncaring world?”—are on full display here, with lyrics that concisely, and sometimes bluntly, depict precarity and the possibility of anything good being an illusion. The music matches. Sounds dip in and out of the mix, compelling this listener to rewind and make sure that she’d heard correctly, echoing the menacingly surrealistic portraits of nature offered up by the gently glowering “Tinker Tailor Soldier Sailor Rich Man Poor Man Beggar Man Thief.” (While the album sounds glorious turned up on a stereo, headphone listeners haven’t been forgotten.)

“This is a low flying panic attack,” frontman Thom Yorke moans on the album opener “Burn the Witch”; that he’s doing so over lush strings only adds to the tension, underscoring the song’s message about inchoate anger boiling over into more sinister campaigns. The swooping background vocals that float around the gently picked guitars of “Present Tense” sound descended from heaven, contrasting sharply with Yorke’s singing about feeling unmoored by love (“As my world comes crashing down/ I’m dancing/ Freaking out, deaf, dumb and blind”) and only adding to the pervasive gloom.

A Moon-Shaped Pool comes into sharpest relief when it’s at its most lush; “Ful Stop” opens with Yorke intoning, over and over, “You really messed up everything,” then somehow grows more harrowing from there, with careening strings and Yorke’s haunted moan besieging the insistently thrumming guitars that propel the song. The orchestrations on the brooding “Daydreaming” lurk in the background, only coming to the fore when Yorke’s backmasked vocal—a groaned, repeated “Half of my life” that sounds lifted from the subconscious—is brought into the mix.

“True Love Waits,” a song that’s been kicking around the band’s catalog for the better part of two decades, closes the album. Pianos twinkle around Yorke’s voice, which sounds haunted as he enumerates fanciful manifestations of love (“true love lives on lollipops and crisps”); when he sighs, “Just don’t leave,” it feels like a hopeless plea, one drawn in stark contrast to the celestial atmosphere brought forth by the music. It’s jarring enough to call into question the title’s central conceit—what is “true love,” in a world where falsehoods lurk around every corner?—and the way its form follows its central message is a sterling example of why Radiohead has captured the imagination of so many listeners.

A Moon-Shaped Pool isn’t much of a departure for Radiohead, ultimately. They’re casting about in their gloom, exploring the anxieties that come not just with the rupturing of personal connections, but the slow sinking of the structures that serve as those links’ support. But the way in which the band widened its sonic scope to fit the cinematic vista implied by Greenwood’s orchestrations makes it one of those surprise releases that will continue to sink in long after its trending-topic status has faded into the background. 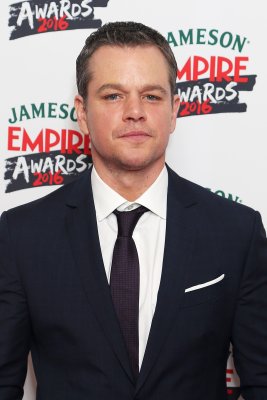 Matt Damon on How He Really Feels About His Jason Bourne Legacy
Next Up: Editor's Pick