The Case Against Artificial Sweeteners Is Getting Stronger

They’re supposed to be a way to have the proverbial cake and, literally, eat it too: all the sweet taste without the calories and the metabolic health problems that come with sugar.

But it turns out that artificial sweeteners may be too good to be true, more and more studies are finding. The latest, which looked at moms-to-be who consumed more artificial sweeteners, found that even though they are low- or no-calorie, the compounds may contribute to overweight and obesity in their children after birth.

In a report published in JAMA Pediatrics, researchers led by Meghan Azad, assistant professor in pediatrics and child health at University of Manitoba in Canada, studied more than 3,000 pregnant women and their infants. The expectant moms answered questions about what they ate, and their babies were followed for a year after birth. Moms who reported consuming more artificial sweeteners—such as Equal (aspartame), Splenda (sucralose) and Sweet’n Low (saccharin)—in beverages were twice as likely to have children that were overweight or obese at one year, compared to women who reported using artificial sweeteners less.

This finding does not suggest that artificial sweeteners cause obesity in children, but it does support previous research that found similar links between the sugar substitutes and health issues, including weight gain, in animal and human studies. This may be the first human study, however, to investigate how artificial sweeteners during pregnancy might affect weight among infants.

Azad says that the connection remained strong even after she and her team adjusted for the potential effect of other factors on the babies’ weight, such as the mother’s weight, whether she smoked, whether she breastfed her child and whether the baby was underweight at birth.

The results only add to the building wave of studies that reveal the unanticipated consequences of using artificial sweeteners, especially over many years. While they don’t contain any calories, some studies have found that paradoxically, people who rely on them the most tend to gain more weight than those who use sugar. That may be because of the way our bodies react to sweet tastes. Artificial sweeteners and non-caloric natural sweeteners like stevia, Azad and others believe, still trigger the brain’s sweetness receptors, and the body prepares itself for the influx of calories that come from sugar. The pancreas still releases insulin, which breaks down sugar, but when that sugar doesn’t come, the body’s metabolism still craves the calories it expects and goes searching for them, often from other foods. People who consume more sugar-free sweeteners tend to eat more calories overall, some research finds, which can make them heavier. The repeated surges of insulin that go unanswered are like the body crying wolf; eventually, the cells realize there’s no sugar to break down and become less efficient in responding to the signal to pump out more insulin.

“[Artificial sweeteners] are fooling the body, and once it’s fooled enough, it’s just not going to respond any more,” Kristina Rother, chief of the section on pediatric diabetes and metabolism at the National Institute of Diabetes and Digestive and Kidney Diseases, told TIME in 2015.

Read More: Why Artificial Sweeteners Aren’t the Answer to Obesity

There’s also intriguing initial data on how sugar substitutes can affect the bacteria that live in our gut. Unlike disease-causing bacteria, these microbes are there to do good, from helping to digest food to fighting off their more pathogenic cousins. But certain populations of bacteria are associated with obesity, and artificial sweeteners tend to promote these cocktails of microbes.

Either way, it’s clear that duping the sweetness system has profound consequences for the metabolism. In the short term, you may save on calories, but in the long run, they tend to catch up with you.

All of that research makes a strong case for sticking with the real stuff, and using sugar only in moderation if you’re craving something sweet. “Sweeteners aren’t something we really need for any reason, so there’s no harm in avoiding them,” says Azad. “This study raises questions about the potential risk to infants now, and that’s something to consider.” 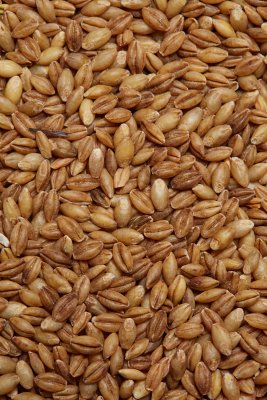 Eat This Carb and You Won't Gain Weight
Next Up: Editor's Pick