With the Tower of Joy flashback in the third episode of Game of Thrones‘ sixth season, the HBO drama has officially begun exploring uncharted territory for the Song of Ice and Fire series. Functioning mainly as a prelude to a (presumably) future scene that will depict Ned Stark’s final conversation with his sister Lyanna, the sequence also gave viewers some insight into the rules of time travel in the G.o.T. universe.

After journeying into the past to witness a legendary sword fight between Ned and Ser Arthur Dayne, Bran Stark found himself calling out for his father as he ascended the tower’s stairs. To his — and many fans’ — great surprise, Ned seemed to hear him, turning to look behind him with a bewildered look on his face.
http://i.giphy.com/3o7qDDyXV6xXxN4vmw.gif

Of course, Bran was forced back to the present almost immediately following this moment, leading to an argument between him and the Three-Eyed Raven. “The past is already written,” his mysterious mentor tells him. “The ink is dry.”

However, despite the Three-Eyed Raven’s insistence, some believe this scene foreshadows a game-changing revelation about the young Stark. Reddit user NegativeKarmaSnilfer recently posted a theory in which he explains how Bran’s exploration of his abilities will be the catalyst for the beginning of Robert’s Rebellion. “From S6E3, Bran realizes that others can hear him during the visions from the past, but doesn’t understand that they cannot fully understand him,” the Redditor writes. “He attempts to reason with King Aerys when shown a vision of him. The King only hears whispers, and is driven mad by it. Bran tries to fix this, however makes it worse. Mad King Aerys burns Bran’s grandfather alive while Bran frantically tries to stop him. All he hears is whispers. Bran sets the events of the show in motion.”

And before you say, “there’s no way that could happen,” consider the fact that we just saw Jon Snow come back from the dead. Right now, it seems like anything is possible in the world of Game of Thrones. 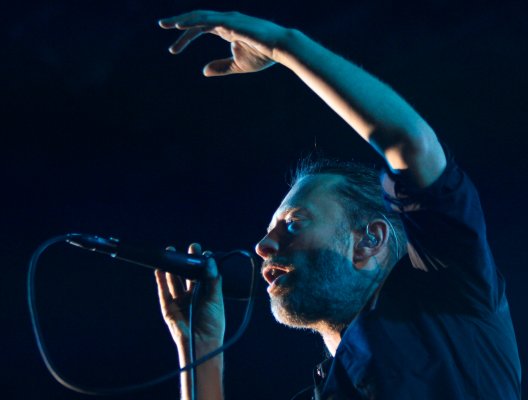 Review: Radiohead's A Moon-Shaped Pool Is Gloomy, Anxious and Gorgeous
Next Up: Editor's Pick