This Photo of Mercury in Transit Across the Sun Is Haunting

The planet Mercury is seen in silhouette, lower left, as it transits across the face of the sun in this photo taken from NASA Headquarters in Washington, DC., May 9, 2016.
Joel Kowsky—NASA
By TIME Photo and Olivier Laurent

It’s the smallest planet in our Solar System, but also the fastest, with an orbit of just 88 Earth days. And while 48 million miles separates us from Mercury, on Monday, for the first time in 10 years, anyone on Earth (apart from the unlucky ones in Australia and New Zealand) could see the planet transit across the Sun.

The rare cosmic event has captivated many, including photographers who looked for ways to capture the tiny black spot as it made its way across the Sun.

Joel Kowsky of NASA was one of them. He captured this haunting photograph of the planet from the space agency’s Washington headquarters. 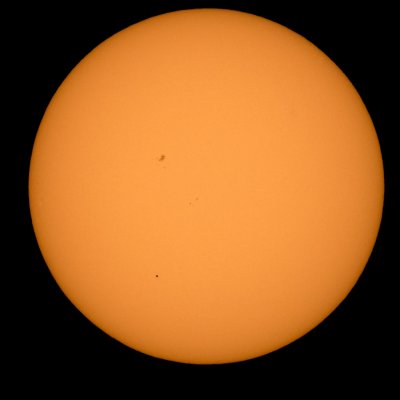 Why You Should Care About Mercury's Transit of the Sun
Next Up: Editor's Pick