This Is Where the Term 'Limousine Liberal' Comes From

Most, if not all, limousine liberals are Democrats. Limousine liberalism functions as a political lightning rod, as a metaphor bearing such emotional force it polarizes the political universe. It freezes the system, locking it in place, rendering it inert. It defines beyond any doubt what is Republican and what is Democrat. So it is noteworthy that the original limousine liberal—the person to first suffer from the wound of that epithet—was a Republican. The metaphor—perhaps the most vivid one in the nation’s political lexicon over the past half century—turns out to be nonpartisan.

Victorious in war and prosperous once again, postwar America seemed firmly committed to the New Deal political order that had rescued the country from the trauma of the Great Depression. That the government had an essential role to play in regulating the economy and assuring a modicum of social welfare was broadly accepted. Because it had given birth to that new way of organizing society, the Democratic Party enjoyed what seemed at the time to be an enduring legitimacy. Its life expectancy, however, turned out to be greatly exaggerated.

When the New Deal Order first began to fall apart at the seams during the political and social upheavals of the 1960s, a New York City political apparatchik from the Bronx named Mario Procaccino won the Democratic Party’s nomination for mayor in 1969 after a nasty primary campaign. His foe, running on the Liberal Party line, was the sitting mayor, John Lindsay, once upon a time a Republican congressman representing the “silk-stocking district” (the wealthiest district in the nation, whose name derived from Teddy Roosevelt’s day) on Manhattan’s Upper East Side. In 1965 Lindsay had become the city’s first Republican mayor since Fiorello LaGuardia. Procaccino coined the term limousine liberal to characterize what he and his largely white ethnic following from the “outer boroughs” considered the repellent hypocrisy of elitists like Lindsay: well-heeled types who championed the cause of the poor, especially the black poor, but who had no intention of bearing the costs of doing anything about their plight. They were, according to Procaccino, who was then the city’s comptroller, insulated from any real contact with poverty, crime, and the everyday struggle to get by, living in their exclusive neighborhoods, sending their children to private prep schools, sheltering their capital gains and dividends from the tax man, and getting around town in limousines, not subway cars. Not about to change the way they lived, they wanted everybody else to change, to have their kids bused to school far from home, to shoulder the tax burden of an expanding welfare system, to watch the racial and social makeup of their neighborhoods turned upside down. These self-righteous folk couldn’t care less, Procaccino proclaimed, about the “small shopkeeper, the homeowner. . . . They preach the politics of confrontation and condone violent upheaval.”

What really earned him Mario Procaccino’s memorable bon mot, however, was the architecture of Lindsay’s political ascension in New York and what he did with power once he had it. Lindsay constructed an odd coalition of those with too much and those with far too little. His Republicanism notwithstanding his appeal to the normally Democratic African American and Puerto Rican communities was substantial. He made plain his sympathies for civil rights activism and, once in office, deliberately circumvented the black political establishment, sometimes appointing street insurgents instead to positions in his administration. He championed, sometimes at great political risk, controversial reforms including a civilian police review board, low-income scatter-site housing, school decentralization, community control, and New York’s version of the “Philadelphia Plan” to compel the construction unions to open their ranks to minority workers.

Caricatures of Procaccino and his paesani showed up everywhere during the 1969 race. The New York Post (then a decidedly liberal newspaper) mocked him as a stereotypical “ward heeler, so much so that many who demand a degree of dignity in a public figure find it hard to take him seriously.” Reporters seemed obsessed with his “pencil thin mustache” (the telltale mark of an Italian wannabe). Time magazine ran a cover story that included a cartoon of the candidate leading an assault on the Bastille, which made sure to note the mustache plus his “electric blue suits and watermelon pink shirts.” And the magazine informed its readers that the world where it was all right to dress and shave like that could be found in “the dreary reaches of the boroughs.” A profile in The New Yorker, practically the house organ of limousine liberalism, derided the comptroller’s mustache, his speech, the vulgarity of his supporters, and the sweat that poured off him at campaign stops. And it got nastier than that. According to one paper, “If you put Mario Procaccino in a white apron he could be hawking mackerel at the Fulton Fish Market.” That market was widely thought of as Mafia controlled, which was the point, as was a comparison of the candidate’s apparel to “George Raft suits.”

Not so long before this these same white, lower class borough dwellers—Irish and Italian and German and even Jewish—modest in dress and demeanor, had been regarded as cultural heroes standing up to the fat cats, applauded for their everyman insouciance. Now they had become culturally disreputable, reactionary outlaws, decidedly unstylish in what they wore and drank and in how they played; they were looked on as lesser beings. Limousine liberalism in one scholar’s view had “hardened into an orthodoxy of the privileged classes.”

John Lindsay enjoys the dubious distinction of being the first to bear the stigma that would facilitate the decline of liberalism for the rest of the twentieth century and that continues to shadow it today. His “victory” in 1969 was also a reveille for the massing of a right-wing populism that would transform American politics over the next half century and turn limousine liberals into an endangered species.

Adapted excerpt from Limousine Liberal: How an Incendiary Image United the Right and Fractured America by Steve Fraser. Copyright © 2016. Available from Basic Books, an imprint of Perseus Books, a division of PBG Publishing, LLC, a subsidiary of Hachette Book Group, Inc. 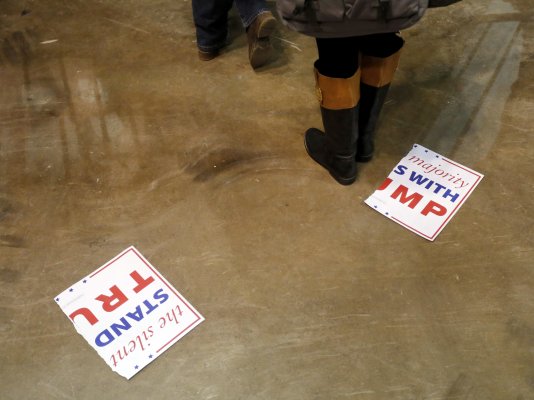 This Is the Blessing of Our Broken Political System
Next Up: Editor's Pick