Prince Harry meets the USA Invictus Team ahead of the Opening Ceremony of the Invictus Games on May 8, 2016 in Orlando, Florida.
Chris Jackson—Getty Images for Invictus
By Julia Zorthian

Prince Harry of Wales looked back on the first time he visited Orlando with his late mother, Princess Diana, when he was nine, since he is now back for the second annual Invictus Games.

Prince Harry created the games to honor veterans, who come together to compete from at least 14 nations. During an interview with CBS This Morning, Harry remembered visiting Disney World for the first time during his first trip to the United States.

“We had happy, happy memories. You know, it was absolutely fantastic. And it’s so nice to be back here,” he said. Prince Harry added he hoped his mother would be “incredibly proud” of his work with the Games now.

“I hope she’d be sitting up there having her own little party and looking down,” Harry said. “I would love it if she was here, and I hope she’d be running around causing chaos like I intend to. ”

Prince Harry served as a member of the military for 10 years, and established the games in part to recognize veterans and to promote how athletics can help rehabilitation. 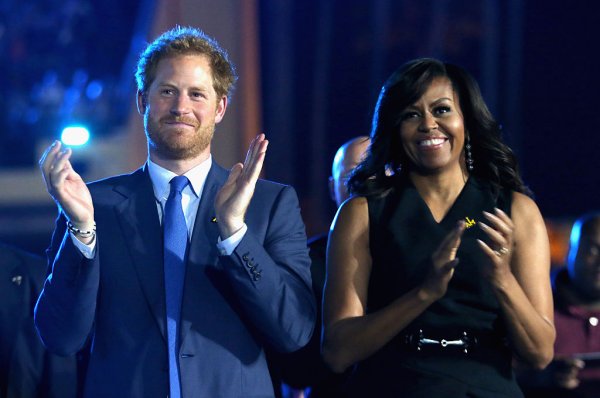