Rodrigo Duterte, the controversial mayor of Davao City, appeared to win the presidential election in the Philippines on Monday night, besting four challengers despite a campaign marred by rape jokes, death threats and various obscenities.

An unofficial vote count cited by the Associated Press showed the 71-year-old former lawyer and prosecutor prevailing in the contest to replace outgoing President Benigno Aquino III, who was ineligible for reelection after a single six-year term. Under Philippine election law, the candidate with the most votes wins even without a clear majority. As of 1 a.m. local time, Duterte had won 38% of the vote, ahead of his closest rival by about 15 percentage points.

Turnout for the election was a whopping 81%, illustrating the polarizing power of the frontrunner Duterte, who campaigned on a law-and-order ticket after transforming once-lawless Davao into what is considered the Southeast Asian nation’s safest city.

“I’m voting for Duterte because I worry about drugs,” Phoebe Ang, a 54-year-old mother of three, said at a polling station in downtown Davao City. “I’m not sure if he could do exactly the same job across the whole country but he would certainly make it better.”

Duterte’s crime-busting exploits have raised the concerns of humanrights advocates, who allege that “death squads” under his control are responsible for several hundred extra-judicial executions in Davao. Duterte insists his forces only use deadly force when encountering violent resistance.

Addressing reporters on Monday evening, Duterte repeated his vow to clean up the archipelago nation of 100 million, giving corrupt police officers “two options —to retire or maybe to die.” “Because if they don’t stop the drug business,” he said, “then they can get killed.”

The election of Duterte, nicknamed “The Punisher” and “Durtete Harry” for his hands-on approach battling criminals, also raises questions for U.S. foreign policy, given his conciliatory overtures toward China over disputed territory in the South China Sea.

“The U.S. rebalancing to Asia rests squarely on increasing partnership with key regional allies like the Philippines,” said Jonah Blank, a Southeast Asia expert for RAND Corp. “The allegations of human rights abuses that overshadow Duterte would pose serious challenges for the U.S.-Philippines relationship.” 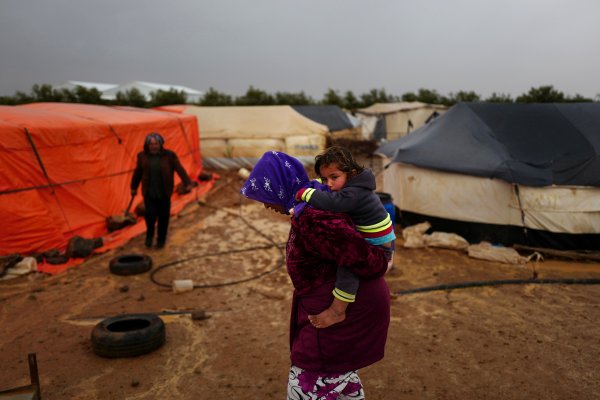 British Rock Stars Open Their Lofts to Raise Money for Syrian Refugees
Next Up: Editor's Pick