How Bolivia's Children Are Being Exploited by a Failing Labor Law

Hector Cornorin started working full time when he was seven years old. He used to sell teddy bears on the streets of the Bolivian capital La Paz, mostly to couples. ”Romantic, you know,” he says. Now aged 20, Cornorin is a student of international business and an adviser to UNATSBO, the children’s labor union that represents the interests of the more than 600.000 children working in Bolivia, both legally and illegally.

Visitors to Bolivia will see these child workers everywhere; taking orders in restaurants, checking guests into hotels, peddling alpaca sweaters. In 2014, Bolivia passed controversial labor legislation allowing children from the age of 10 to work legally. Cornorin, an active UNATSBO member who had helped campaign for the law, said it improved things for young workers. “The law provides a minimum wage, 250 USD a month. Before, each child had to negotiate their own wage.”

The law stipulated that a child of 12 can work up to six hours a day, in any industry so long as the work does not harm the child. Self-employed 10-year-olds can also do shorter shifts. The work has to be approved by authorities, and the child must attend school, which in Bolivia can be in the morning, day, or evening.

For some, it was seen as a significant victory in Bolivia, thanks to the passionate advocacy of the young union members. President Evo Morales, a former child worker himself, even met with the children. “The law gave us a voice,” says UNATSBO President, 16-year-old Lizeth Castro.

But two years after the law passed, many now fear it is failing to protect Bolivia’s working children. Due to a lack of funds put towards administrating the law, only about 30-40% of applications made by the working children and their parents are dealt with — encouraging some to simply ignore its strictures, and put children to work unsupervised. ”The law is a step in the right direction, but it has little or no effect,” says Castro. “If you go to the office for an evaluation and approval, there is a lack of resources.”

Whether the law should exist at all is a topic of contention among human rights groups. Jose Ramirez of the International Labor Organization (ILO), which works to eliminate child labor, suggests Bolivia’s laws compromise the UN Convention on the Rights of the Child. “Children should not be at work or employment below the minimum age, which should be the age where you end compulsory schooling,” he says. “Bolivia is the only country in the world that goes this way.”

The law sends the message to children that hard labor, not education, is the only escape from poverty, he says. “If a child of 10 has to choose whether they want to attend school or work, what will they choose?” He compares it to attempting to reduce speeding by increasing the speed limit. “It does not solve the problem.”

The law is seen by others as a necessary evil, given the alternative. A representative for Save the Children Bolivia, for example, suggests banning child labour completely in South America’s poorest country would only drive it underground. “If you criminalize children, God knows what happens to them,” says Viviana Farfán, the group’s national coordinator of protection of children.

Not everyone sees work and education as incompatible. Shoe shop owner Vladimir Rodriguez, 31 brings his children to work like most store owners. But he says it’s vital that his five-year-old son Kohel does not spend his the rest of his life selling shoes. “My children will have an education. I don’t want them to work in my shop,” he says.

Castro, the teenage union chief, disagrees that the law incentivizes children to choose to join the labour market. Rather, she says, it protects those who have no choice but to work. “The law does not exist to create more children workers, it exists to protect the rights of the children who already work.”

But if the law is going to protect Bolivia’s most vulnerable, it needs to operate properly. In order to do so, resources are desperately needed, as the law’s only current effect seems to be legitimizing child labor, gambling the future of both the country and its offspring. 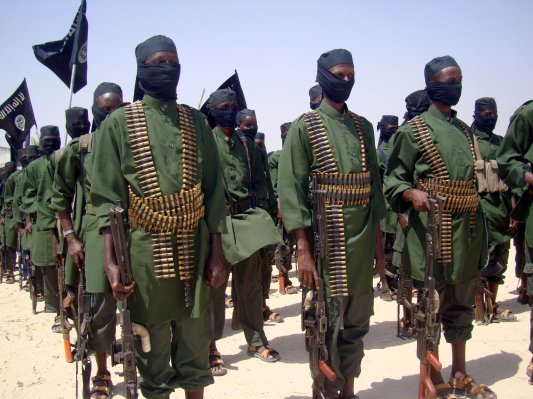 U.S. Conducts Airstrike Against Al Shabab Militants in Somalia
Next Up: Editor's Pick