Max von Sydow as the Three-Eyed Raven in Game of Thrones, Season 6, Episode 3, 2016.
Macall B. Polay/Courtesy of HBO
By Megan McCluskey

The third episode of Game of Thrones‘ sixth season saw Bran Stark and the Three-Eyed Raven journeying into the past in order to witness a major moment in Ned Stark’s life — his fight with Ser Arthur Dayne at the Tower of Joy, the location of Lyanna Stark’s death.

However, while Bran recalls repeatedly hearing the story of how his father defeated the legendary knight, the actual battle was more complicated. Disarmed at the hands of the Sword of the Morning, Ned was saved at the last second by Howland Reed (Meera and Jojen’s father), who snuck up behind Dayne and stabbed him in the back, killing him.

Of course, as soon as things were about to get really interesting, the Three-Eyed Raven pulled Bran out of the flashback, leaving fans to speculate for at least one more week over the mysterious events that transpired within the tower that day. Many believe the long-awaited scene will prove the fan-favorite R + L = J theory, i.e., that Jon Snow is not actually Ned Stark’s bastard, but rather the child of Lyanna and Rhaegar Targaryen.

But let’s take a step back. There was also an interesting moment when viewers saw Bran call out for his father and seemingly get a reaction out of him. However, the Three-Eyed Raven refutes this, telling his mentee, “The past is already written. The ink is dry.”

He then delivers an omnious warning about the consequences of disobeying the rules of time travel: “Stay too long where you don’t belong and you will never return.” 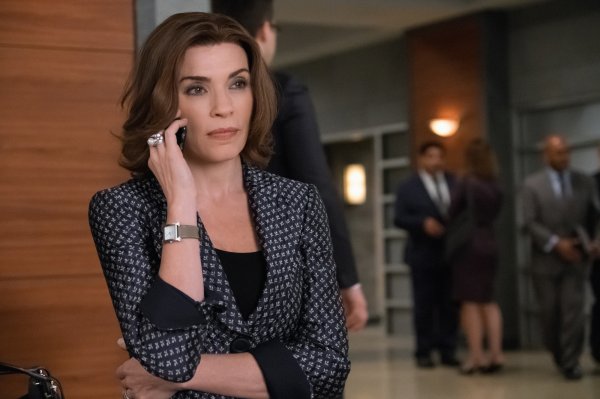 Everything That Happened on The Good Wife Finale
Next Up: Editor's Pick