It was all grins in Davao City on Monday morning, as voters lined up to cast ballots for the new President of the Philippines, confident that their pugnacious mayor, Rodrigo Duterte, would romp home after building a commanding lead in latest polls.

“I’ve been impressed with how he runs this city and I think it will be the same for the country if he becomes President,” says first-time voter Efren Pajente, 21, a retail assistant who moved to Davao three years ago.

Polling stations were crowded from 6 a.m., as local people turned up early to avoid the blistering midday heat, though the previous week’s record temperatures — nudging 55.8°C in some parts — were at least matched by the fiery exchanges that brought campaigning to a scorching climax.

Five candidates are vying to replace outgoing President Benigno Aquino III, who is ineligible for election after a serving a single six-year term. Latest polls have Duterte 11 percentage points ahead of his nearest opponent, prompting Aquino to urge the trailing pack to consolidate behind a single challenger and avert what he says would be a reversion to dictatorship.

“We should remember how Hitler came to power,” Aquino told a campaign event Saturday for former Interior Secretary Mar Roxas, whom the President is backing to succeed him. “If you allow them to oppress your fellow man and you do not speak up, you will be the next one to be oppressed.”

Duterte responded with trademark vitriol, dismissing Aquino as a “son of a whore,” and none of the other candidates have come out to support the proposal. Aquino was apparently spurred by Duterte’s vow to disband the Senate, rewrite the Constitution and instill one-man rule if lawmakers obstruct his zero-tolerance policies to clean up the country.

But like much of the bombast that has characterized Duterte’s campaign, it is not completely clear how serious these remarks were. Yet the exchange illustrates the polarizing nature of the 71-year-old former lawyer, who commands fanatical support in Davao due to his hands-on approach fighting crime during over three decades as mayor, Congressman and prosecutor. His pledge to replicate this feat nationwide within six months has struck a chord across the archipelago’s disparate regions and socioeconomic strata.

Human-rights groups allege that “death squads” reporting to Duterte stalk criminals across sprawling Davao and conduct summary executions that have claimed hundreds of innocent lives. However, Duterte is unapologetic for the tactics he’s used to clean up this city of 1.5 million, once renowned as a lawless hub of communists, Islamic militants and gangsters, but which now has a reputation for thriving security.

“If I make it to the presidential palace, I will do just what I did as mayor,” Duterte told a crimson sea of 200,000 supporters in Manila’s Rizal Park on Saturday. “All of you who are into drugs, you sons of bitches, I will really kill you. I have no patience, I have no middle ground, either you kill me or I will kill you idiots.”

Such threats have become almost blasé amid the myriad scandals to blight Duterte’s campaign, during which he joked that he “should have been first” in the 1989 rape of an Australian missionary, said he would “kill” his own children if they dabbled in drugs, and told a women’s-rights group to “go to hell.”

Most recently, Senator Antonio Trillanes IV, who is running as an independent for Vice President, alleged that Duterte collected salaries for 11,000 phantom staff in Davao and didn’t declare as required some $51 million held in a joint bank account with his daughter. Duterte has denied any impropriety and accused Trillanes of a brazen political ploy.

Read More: Everything You Need to Know About the Philippine General Election

Only time will tell whether the allegations will derail Duterte’s charge to the Malacañang Palace. According to Philippines electoral law, the candidate who receives the most votes is the victor, no matter if he or she did not secure an outright majority.

“Our people are really eager to cast their vote, lining up early,” Peter Lavina, Duterte’s campaign manager, told a press conference in Davao on Monday morning. “But were are getting reports of missing names … machines not working. Generally things are O.K. So far we have not received serious complaints.”

For outside observers, the rise of the maverick Duterte is perplexing considering that the Philippines, long dubbed the “sick man of Asia,” is now considered a nation on the up. Annual growth stands at around 6.5%, inflation is low and the young, English-speaking population is a demographic sweet spot for foreign investment.

Still, support has been muted for moderate candidates like Roxas, an economist and scion of one of the Southeast Asian nation’s most prominent political families, or Senator Grace Poe, a foundling who was adopted by Philippine movie legend Fernando Poe. Many analysts see Roxas as the sensible, continuity choice, though he has struggled to charm voters after a gaff-laden early campaign. Poe has been dogged by contentions that she failed to fulfill a minimum residency requirement, and once renounced her Philippine citizenship to live in the U.S. Vice President Binay, also in the running, has been rocked by serious graft allegations — which he strenuously denies — while Senator Miriam Defensor Santiago has never been in serious contention.

“The concern is that the electorate is not very mature, they tend to look at personalities rather than candidates’ policies,” says Gareth Leather, senior Asia analyst for Capital Economics. “And there’s a risk that you could get a more populist President who perhaps doesn’t have the country’s best interests at heart, and doesn’t make the sort of reforms the country needs.”

Although Aquino’s term saw significant inroads in fighting corruption and reducing the budget deficit, many complain the economic boom lacks inclusiveness, given a quarter of the 100 million population wallows below the poverty line. Farmers are particularly vulnerable to droughts and typhoons, and many have taken to the street to protest in recent weeks. Infrastructure remains dismal across much of the country, undermining efforts to build a commanding manufacturing economy.

Aside from domestic travails, whomever proves victorious will also have to contend with simmering geopolitical squabbles, especially in the South China Sea, where both Manila and Beijing claim the resource-rich Spratly Islands. Aquino has been bullish in standing up to Chinese territorial claims, filing a case against Beijing at the International Court of Arbitration in the Hague, and agreeing to ramped up U.S. troop rotations at Philippine ports. With the Philippines assuming the chair of the Association of Southeast Asian Nations (ASEAN) next year, the new President will have plenty to manage both domestically and overseas.

Washington will be watching unfolding events nervously. Along with Vietnam, the Philippines is key to U.S. foreign policy in Asia as a friendly state on the southern flank of China. According to Professor John Sidel, a Southeast Asia expert at the London School of Economics, “The Philippines is a country where American influences and interests are much more strongly entrenched and where Chinese influence and leverage is much weaker.”

The risk for the U.S. is that if a Duterte presidency began to show authoritarian tendencies, provoking criticism by Washington, the Philippine government may respond by cozying up to Beijing. Already, when the U.S. and Australian ambassadors condemned Duterte’s rape remarks he responded by threatening to sever diplomatic ties. Adds Sidel: “This could lead to a period of coolness if not crisis in U.S.-Philippine relations.” 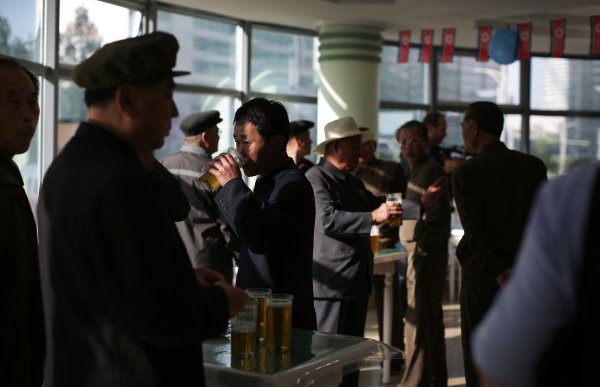