Captain America: Civil War pulled in an estimated $181.8 million in North America this weekend with the fifth-biggest North American box office opening in history, according to Box Office Mojo. That’s in addition to the $496.6 million the movie made globally since it opened overseas last weekend.

Despite the massive haul, the movie, in which Chris Evans’ Captain America vies with Robert Downey Jr.’s Iron Man, didn’t quite meet box office analysts’ expectations. Many predicted the film would score a $200 million opening weekend after it earned critical raves, though Disney itself projected a haul of $175 million.

Now with the help of Civil War and The Jungle Book, Disney has already made $1.1 billion in North America in just 128 days this year, a new record. It’s likely to be a good year for the studio, which still has the Finding Nemo sequel Finding Dory, the Marvel movie starring Benedict Cumberbatch Doctor Strange and the Star Wars film Rogue One premiering in 2016. 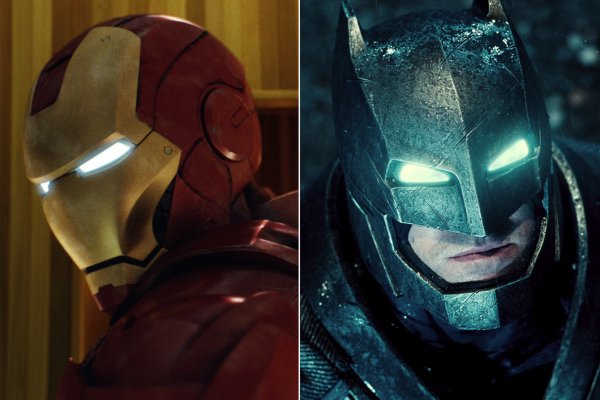 How Our Greatest Superheroes Confront Their Mommy Issues
Next Up: Editor's Pick