How The Good Wife Changed Feminism and Politics on TV

The Good Wife slapped us in the face — literally. While many shows offer resolution in their final episodes, The Good Wife emphatically refused to do so. It brought back the ghost of Will Gardner not to provide closure or offer guidance as most benevolent ghosts would, but to steer Alicia into making choices that could get her hurt. The writers undercut everything we expected: a romantic resolution, a resolution to her partnership with Diane Lockhart, a resolution as to Peter’s guilt, and all in the most jarring way possible. It was a bold move and a fitting end to a show that completely revolutionized what a network drama can do.

That’s not to say that the finale lived up to some of the show’s best episodes. The Good Wife had undeniably run its course. Last week Lucca and Jason chatted about Alicia over drinks in a sequence that felt as if it had been scripted for the lawyer’s former sidekick and love interest, Kalinda and Will, three years ago. The show was repeating old drama with less interesting characters. As bitter as I am at Josh Charles and Archie Panjabi for jumping ship, they seem to have done so at the right time.

Indeed, the whole plot has come full circle: the show opened with the question of whether Peter would go to jail, and if Alicia would stick by him. Tonight, with Peter again facing conviction and divorce, we finally got our answer: yes and no. She’ll stand next to him for the optics, but won’t hold his hand at the podium. Whether that’s a character growing stronger or growing into a more cynical political operative, I will leave to you to decide.

But let us not bemoan the decline of The Good Wife — it’s a rare television show that ends with its strongest season — but celebrate what it did give us.

The Good Wife gave us a revolutionary take on modern feminism. One of television’s few complicated heroines, the writers also let her grow and, more importantly, contradict herself without apologizing or explaining her actions. The show made us both love and hate Alicia, while other television writers fretted over their heroines being “likable.”

The finale proved to be a clear embodiment of this idea of flawed feminism as Alicia decides she wants to be with Jason, whom she describes as “a boy,” just because she doesn’t want to live in her apartment alone—an utterly depressing conclusion for feminist fans of the show. It’s apt, then, that this wish isn’t fulfilled. Not only that, but when the audience thinks the resolution might be that Diane and Alicia were in fact meant to be (a girl-power conclusion), Diane, a symbol of relentless feminism on the show, slaps Alicia in the face in the final moments (paralleling Alicia’s empowering slap of Peter in the first episode).

Zack’s new fiancé (another new actor in a familiar role for the show) comes out and says it in the third-to-last episode: some might think Alicia sticking by her man is retro, but feminism means women can do whatever they want — even if that means playing the saint.

Of course, what this character doesn’t know is that “St. Alicia,” over the course of seven seasons, has slowly learned that she doesn’t have to be, well, the good wife. Her affair with Will was tentative, fraught and full of complications. Not so for her relationship with Jason. She doesn’t care what people think and is even willing to make out with her investigator boyfriend in a bar. (A whole other piece could be written about the frank depiction of sexuality on the show: it’s rare for Hollywood to offer us a woman over 40 who is allowed to enjoy sex, let alone receive oral pleasure.)

In Season 1, we saw a lot more of Grace and Zack as Alicia tried to balance work and home and struggled with “bad mother” guilt. By Season 7, she’s employed Grace to help her with her career goals and accepted that Zack’s quick marriage as his mistake to make.

She’s shaken by Peter’s transgressions in the beginning, but by the penultimate episode she responds to Peter’s latest affair by mock crying and rolling her eyes. She’s gotten tougher, accepted her flaws, gone after her goals. She’s not the feminist hero we deserve — as we see with the slap — but she’s definitely evolved. That is a woman doing what she wants. Though Julianna Margulies has emphatically denied the comparison, the Hillary Clinton parallel is undeniable: think of the presidential candidate in the days of the Monica Lewinsky scandal compared to today.

The Good Wife gave us surprisingly nuanced debates around hot-button issues like abortion, gun control, gay marriage, government surveillance, campus rape and the tech bubble. (Oh, ChumHum, you will be missed.) Even as the country was becoming more politically polarized, Emily’s List darling Diane has productive conversations with her Sarah Palin–worshipping husband about the right to bear arms or with a right-wing businessman about whether a devout Christian baker can legally refuse to create a wedding cake for a gay couple. Though the main characters were Democrats, the show never assumed they were right.

And The Good Wife gave us a well-made drama every Sunday night for 22 weeks a year. Besides offering one of the greatest Hollywood romances — no, I’m not talking about Peter or Jason but the ghost that joined us in the finale — it was arguably the only remaining prestige drama on network television. It was the last show from one of the major networks to be nominated for a best drama Emmy in 2011. (It never won.) Ever since, cable dramas like Mad Men, British imports like Downton Abbey and streaming-service darlings like Netflix’s House of Cards have dominated the category.

The Emmys are by no means the definitive judge of quality television: fans of Scandal and Grey’s Anatomy would argue that Shonda Rhimes is writing great drama on ABC. But those shows rely on “OMG moments” every single episode that The Good Wife and other “prestige television shows,” from The Sopranos to Breaking Bad, sprung on their audiences once a season. The closest The Good Wife ever came to a must-tweet scene was Will’s shocking death (and tonight’s ghostly return), a moment that worked precisely because it was so out of character for the show.

It’s the end of an era. Both Charles and Margulies have vowed never to act in a 22-episode-per-year drama again: they require 14-hour workdays year-round. For better or worse, these sorts of shows have been cut down to eight- or 12-episode seasons and sold to cable networks, streaming services or HBO. Network television, meanwhile, seems content with procedurals like CSI or replicating the Shondaland model with shows like Empire and Quantico. It’s similar to what’s happened in film, where most studios lean heavily on superhero blockbusters and leave the quieter fare to indie filmmakers who must seek out smaller distributors. Luckily for television fans, AMC, Netflix and the like seem willing to take risks on this sort of fare — at least for now.

After the soon-to-be-infamous slap, Alicia composes herself and struts forward. May all our future television heroes and heroines exhibit such chutzpah. 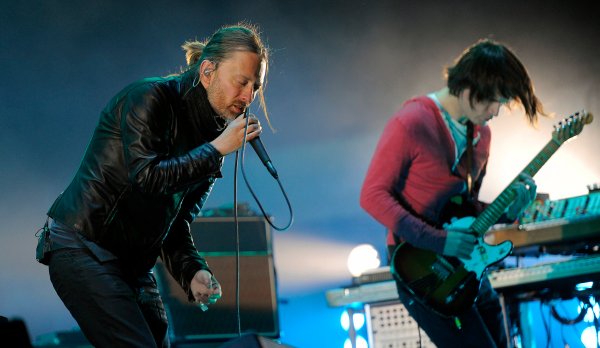