President Obama offered a hopeful vision of the country in a speech to the graduating class of 2016 at Howard University on Saturday, while calling on students of the historically black college to channel their passion into action and emphasizing that “to bring about structural change, awareness is not enough.”

In a winding commencement speech, the president followed a mold he often leans on in remarks to black audiences, particularly those filled with young people: a nod to our nation’s racial history, a pit-stop on his presidency, and a call to pay it forward. At Howard, he tailored this message toward the campus, noting some of the famous figures who have graduated from the school, including Supreme Court Justice Thurgood Marshall, and calling Howard the “centerpiece of African American intellectual life and a central part of our larger American story.”

“This institution has been the home of many firsts, the first African American Nobel Peace Prize winner, the first black Supreme Court Justice, but it’s mission has been to ensure those firsts were not the last,” Obama said.

Reflecting on his own time in school, the president listed the many ways in which the world has improved since he was in college. In 1983, cities were gripped with crime, the economy was stagnant, Obama recalled, even mocking the fashion of the time. Though the president acknowledged that gaps persist between African Americans and their white counterparts in educational attainment, employment, gender pay, and contact with the justice system, he said the class of 2016 is better positioned to meet the challenges ahead than generations before them.

“Make no mistake class of 2016, you’ve got plenty of work to do,” he said. “But the truth is your generation is more positioned than ever to meet those challenges.”

The president told the crowd of graduates, whose ages ranged from 20 to 74, that he was proud of the work done by the “new guard” of black Civil Rights leaders, including activists from the Black Lives Matter Movement. But the president spent a significant portion of his speech imploring the audience members to vote and remain civically aware. His speech at one point took a frustrated tone when he asked the crowd to think of the work he could have accomplished if black voters had turned out in midterm elections as they had when he was running for president.

“Passion is vital but you’ve got to have a strategy and your plan better include voting,” he said. “When we don’t vote we give away our power.”

Howard University’s commencement is naturally an embodiment of black pride, and those in attendance were clearly moved to see the first black president of the United States addressing the school.

In an opening prayer, the dean of the school’s Andrew Rankin Memorial Chapel Dr. Bernard Richardson, called the the president’s presence the “manifestation of the hope and promise,” the school bestows upon the students that pass through its gates.

Obama is the first sitting U.S. president to speak at the school’s commencement in 51 years. It was the president’s third address at a Historically College or University, following addresses at Morehouse College in 2013 and Hampton University in 2010.

Saturday’s Howard speech was more optimistic than Obama’s remarks at Morehouse, which drew criticism from some quarters for telling students to avoid making excuses for their problems. “One of the things that all of you have learned over the last four years is there’s no longer any room for excuses,” Obama said. “Nobody cares how tough your upbringing was.”

At Howard, Obama focussed more on encouraging and inspiring graduates about their future prospects.

“Now, it’s your turn,” the president told the graduating class. “And the good news is that you’re ready.” 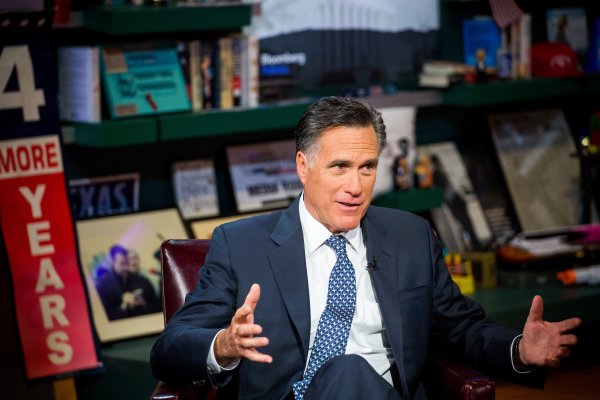