William Kristol, who has been a leading voice in the #NeverTrump movement, met with Mitt Romney this week to try to persuade the 2012 Republican nominee to enter the presidential race as an independent candidate, or at least support an anti-Trump movement.

“He came pretty close to being elected president, so I thought he may consider doing it, especially since he has been very forthright in explaining why Donald Trump and Hillary Clinton should not be president of the United States,” Kristol said in an interview with the Post on Friday.

Kristol also asked for Romney’s support in the event someone else chooses to run as an independent candidate.

“Obviously, if there were to be an independent candidacy, Romney’s support would be very important,” Kristol said, according to the Post.

Romney spoke out against Trump in March, calling him a “phony” and a “fraud” in an attempt to convince Republicans not to vote for him.

While the former Massachusetts governor has said he’s not interested in running as an independent candidate, he is also one of several Republican leaders who have said this week they won’t support Trump—the presumptive GOP nominee—for president. Republican House Speaker Paul Ryan said he is not yet ready to support Trump, and former presidential candidate Jeb Bush said he could not support Trump’s candidacy.

“I’m certainly going to be hoping that we find someone who I have my confidence in who becomes nominee,” Romney said at a dinner Thursday night, the Washington Examiner reported. “I don’t intend on supporting either of the major party candidates at this point.”

Romney said he sees “too much demagoguery and populism” from both parties at this point in time. 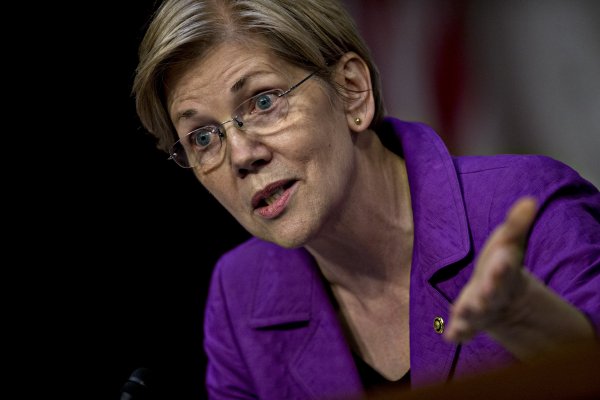 Elizabeth Warren Hits Back at Donald Trump Attacks
Next Up: Editor's Pick