You Won't Believe Where the Next Battlefield Game Is Going

The next Battlefield will be known as Battlefield 1. Not “Battlefield the First,” or “Battlefield Begins,” or just plain ol’ Battlefield, but that word followed by the loneliest integer almost no one bothers to spell out.

But that’s not the craziest part. The craziest part is that Battlefield 1 transpires during World War 1, a war generally avoided in gaming-dom because its chemically ghastly, nightmarishly dull trench warfare doesn’t align with the sort of nimble run-and-gunnery to which shooter fans flock.

And not an alt-history version of World War 1, as some concluded based on early leaks, but bona fide historical World War 1. Though that’s probably a distinction without a difference, since watching the trailer, it looks like someone skinned a typically loud, at times offensively garish modern shooter with biplanes, bayonets, flamethrowers and The White Stripes. Check out the crazy dude in a gas mask with spiked truncheon! Wait, now he’s weaponized his entrenching tool! Look at all the tanks and horses and biplanes getting feisty in 64-player multiplayer mode! Let’s get a blimp shot in there, like it’s the alien mothership from Independence Day! This is how you make the otherwise unbearably dull look exciting–just ask Michael Bay.

Okay, give Electronic Arts its due. Isn’t it about time someone went backwards instead of forwards? Everyone knows what to expect from a sci-fi shooter these days. It feels like forever since a major player took a stab at figuring out how to make this particular end of the genre fresh again. Let’s just hope it involves more than the sort of mere spectacle on display here.

We’ll find out when the game ships worldwide on October 21. 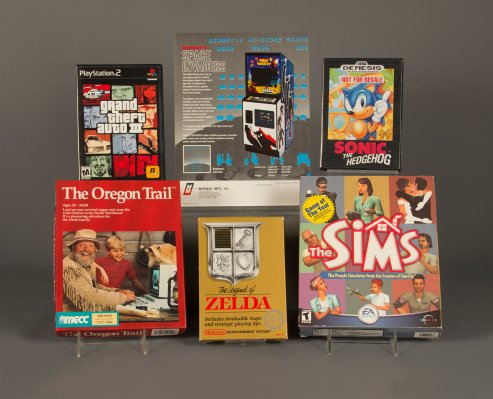 The Video Game Hall of Fame Adds 6 New Classics
Next Up: Editor's Pick