The sun casts shadows at the North Rhine-Westphalian state parliament in Dusseldorf, Germany, on April 20, 2016. The state parliament discussed the state government report on the effects of the Panama Papers and video surveillance in public transportation.
Federico Gambarini—picture-alliance/dpa/AP
By Tessa Berenson

The anonymous source behind the Panama Papers leak has written a manifesto explaining why he facilitated the release of law firm Mossack Fonseca’s records in one of the largest data leaks in history and denying working for a nation or intelligence agency.

Published in the Süddeutsche Zeitung, the German newspaper that initially obtained the Panama documents, “John Doe’s” manifesto says he wanted to expose the “massive pervasive corruption” that has led to worldwide income inequality.

He outlines a few reforms he hopes to see, including in the United States’ campaign finance system. And he calls for protection for whistleblowers, writing, “Legitimate whistleblowers who expose unquestionable wrongdoing, whether insiders or outsiders, deserve immunity from government retribution, full stop.”

“Democracy’s checks and balances have all failed, that the breakdown is systemic, and that severe instability could be just around the corner,” John Doe writes. “So now is the time for real action, and that starts with asking questions.”

Doe also attempted to shut down speculation that he is an intelligence operative or government agent. “For the record, I do not work for any government or intelligence agency, directly or as a contractor, and I never have,” he wrote. “My viewpoint is entirely my own.”

Read More: Here Are The International Figures Tied to the Panama Papers Leak 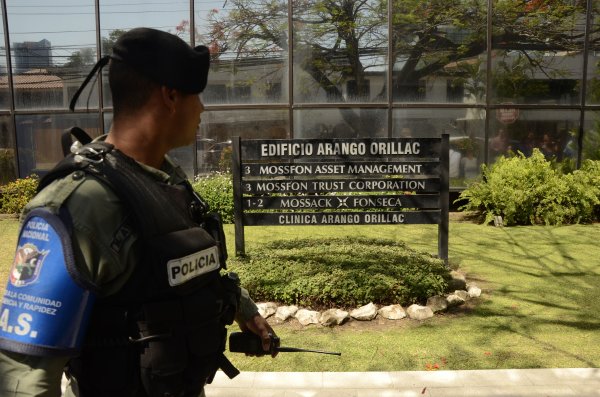