President Barack Obama speaks in the Brady Press Briefing Room of the White House in Washington, D.C., on May 6.
Andrew Harrer—Bloomberg/Getty Images
By Katie Reilly

Following his remarks on the economy on Friday, President Obama commented on Donald Trump becoming the presumptive GOP presidential nominee, calling on the American people to examine every candidate’s positions with “exacting standards and genuine scrutiny.”

“This is not entertainment, this is not a reality show,” he said. “This is a contest for the presidency of the United States.” And as a “general rule,” Obama said, he has “no thoughts on Mr. Trump’s tweets.”

Here is a transcript of Obama’s remarks during the weekly press conference. 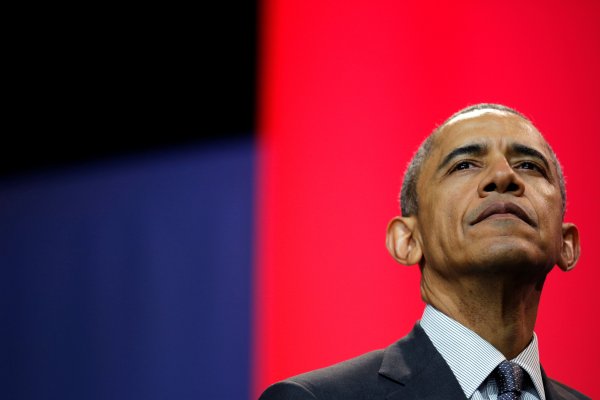 President Obama Hits Donald Trump: 'This Is Not a Reality Show'
Next Up: Editor's Pick