There was a dramatic rescue at sea this week when a puppy was saved after spending three hours in the ocean.

A family took their Jack Russell terrier along with them for a boat ride off the Florida coast. When the humans went below deck for a minute, they came back to discover their dog was gone. They searched for the pup, zig-zagging across the ocean, but couldn’t find their missing sailor. They ultimately had no choice but to report the loss to the Coast Guard, and keep their fingers crossed.

Three hours later, a group of friends spending the day on a boat saw something in the water. “We were just out boating and saw something floating around in the water,” Robin Knecht told the Daily News. They sailed over and when they drew near, they realized it was a tiny dog in a life vest, floating in the waves. The doggy paddled over and was pulled out of the water. “He was shaking like a leaf,” said Knecht.“We got towels wrapped around him and got him calmed down — it took about 30 minutes.”

They called the Coast Guard who was able to connect them with the dog’s owners, who were overjoyed to see their puppy again, according to WTVT. The dog had disappeared at 9 a.m., and he wasn’t discovered in the water until noon. Everyone agrees that it was his life jacket that kept him alive. 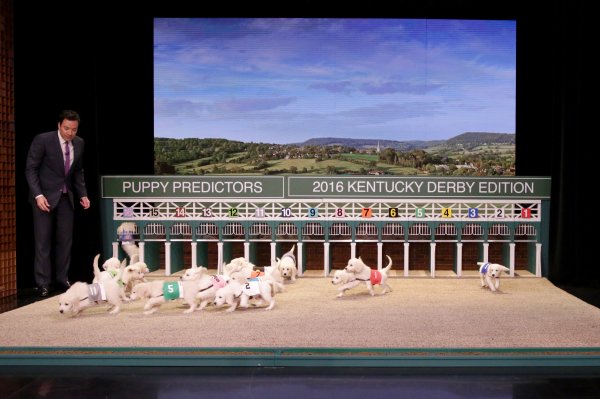