Republican Presidential candidate Donald Trump speaks during his rally at the Charleston Civic Center in Charleston, W. V., on May 5, 2016.
Mark Lyons—Getty Images
Ideas
By Harry G. Frankfurt
Harry G. Frankfurt is a professor emeritus of philosophy at Princeton University and the author of On Bullshit.

Donald Trump provides a robust example of someone who is, with respect to matters particularly relevant to the exercise of high political authority, neither well-informed nor especially intelligent. Moreover, even apart from these rather egregious cognitive deficiencies, much of what Trump has said during his presidential campaign has been—to put it mildly—quite unconvincing. This goes not only for his sometimes boorishly insulting characterizations of the personalities, behaviors and even the physical features of others, but also for his bizarrely self-congratulatory claims concerning his own capacities, plans and intentions.

It is generally easy to identify which of Trump’s assertions are, in one way or another, unworthy of belief. What is somewhat more difficult to establish is whether his unmistakably dubious statements are deliberate lies or whether they are just bullshit.

The distinction between lying and bullshitting is fairly clear. The liar asserts something which he himself believes to be false. He deliberately misrepresents what he takes to be the truth. The bullshitter, on the other hand, is not constrained by any consideration of what may or may not be true. In making his assertion, he is indifferent to whether what he is says is true or false. His goal is not to report facts. It is, rather, to shape the beliefs and attitudes of his listeners in a certain way.

When Trump said that he observed thousands of people in Jersey City celebrating the destruction of the twin towers by dancing in the streets, it is clear enough that he was lying. After all, there was a great deal of reliable testimony that no such thing had happened. Also, records of Trump’s earlier statements make it abundantly clear that he lied when he recently said that he knew nothing about David Duke or about the Ku Klux Klan. Further, in discussing U.S. medical costs since Barack Obama became president, Trump said that “we have lousy health-care, where it’s going up 35, 45, 55 percent.” The truth is that, as readily available public records show, medical premiums rose by an average of 5.8% a year since Obama took office, compared to 13.2% in the nine years prior.

However, it is often uncertain whether Trump actually cares about the truth of what he says. This makes it unclear whether his assertion is a lie or merely bullshit. Since a person does not lie unless he makes an assertion that he himself takes to be false, we cannot properly say that he is lying if he actually believes what he says.

For example, on May 5, 2016, Trump tweeted: “The best taco bowls are made in Trump Tower Grill. I love Hispanics!” This could hardly be anything other than bullshit. Does he have any real evidence about where the best tacos are, or was he just making it up? Does he really love Hispanic people? Both assertions come across—at least to me—as little more than hot air.

Consider, also, his pronouncement that millions of illegal immigrants will be deported when he becomes president. This is probably also an instance of bullshit: surely, given the uncertainty of whether he would have both the authority and the means to do so, it’s likely (a) that Trump doesn’t actually have any settled intention to deport those millions and (b) that he doesn’t really care whether or not what he says is true. He most likely made that pronouncement merely in order to create certain expectations and impressions in the minds of his listeners. He wanted people to think of him as a person who would settle upon and carry out intentions like the one he declared to be his.

On the one hand, Trump makes false assertions, which he surely knows, or knows he could easily ascertain, to be false. On the other hand, he makes statements of whose truth he is uncertain—and he is indifferent to the fact that he doesn’t actually regard them as true. In the first case, he is telling a lie. In the second case, it’s bullshit.

Trump freely offers extravagant claims about his own talents and accomplishments. He maintains, for example, that he has the greatest memory in the world. This is farcically unalloyed bullshit. He has also made deceptive claims concerning his business experience. Some of these probably include ingredients both of bullshit and of lies. But his characterization of himself as an extraordinarily successful busi­nessman is, in any event, open to question. Thus, his biographer, Michael d’Antonio, makes the following comment: “He tried to run an airline and failed at that. He tried to run casinos and failed four times. That’s not evidence of brilliance when it comes to operating a complex business.”

It is disturbing to find an important political figure who indulges freely both in lies and in bullshit. What is perhaps even more deeply disturbing is to discover an important segment of our population responding to so incorrigibly dishonest a person with such pervasively enthusiastic acceptance. 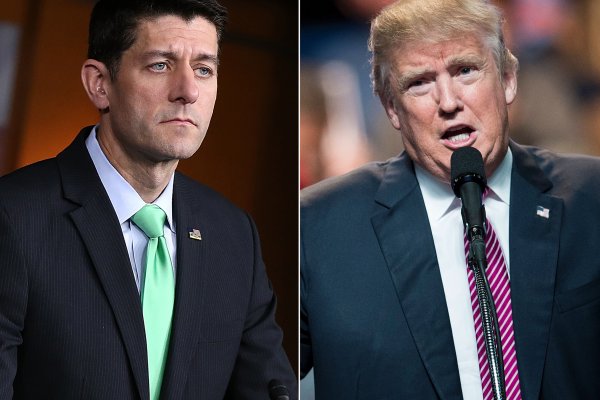 Donald Trump and Paul Ryan Need Each Other
Next Up: Editor's Pick