How You Watch TV Is About To Change Forever

It’s finally, almost, happening (again). After years of behind-the-scenes brokering, a raft of tech companies are reportedly close to launching new streaming services that will allow customers to watch live TV via the Internet.

First, Hulu confirmed that it’s working on a live-streaming package expected to include TV mainstays like ESPN, ABC and Fox, costing around $40. Then, Bloomberg reported that the Google-owned YouTube is aiming to launch its own online live-TV service sometime in 2017, offering a similar “skinny bundle” of very popular channels and costing less than a traditional cable package. Rumors persist that Apple wants to do the exact same thing. And all of these services will compete with Dish Network’s Sling TV and Sony’s PlayStation Vue service, early Internet-TV products that launched last year.

Combined, these efforts will likely cause the so-far-niche activity of watching live television channels via the Internet into the mainstream. If lots of people decide to cut the cord in favor of these new services, the way we all watch TV could change dramatically, whether through a cable box, a satellite dish or an Apple TV.

Here, we break down who the winners and losers of the new, live-streamed world are likely to be.

Surprise: The reason tech companies are scrambling to break into the TV market is because it’s a massive money-making opportunity. Globally, television will bring in nearly half a trillion dollars between customer subscription fees and advertising revenue by 2019, according to PricewaterhouseCoopers. Companies like Google and Hulu can tap into both of these money sources, charging people for monthly subscriptions while also selling commercials to air during their programs. And because television has yet to be disrupted in the same way as books, music and other types of media, a variety of players are still eager to grab the lion’s share of this huge pool of money. “There is going to be an explosion of smaller-bundle services,” says Rich Greenfield, a media and tech analyst at BTIG.

Those consumers who are able to keep track of the myriad streaming options available to them will likely find ways to save money compared to traditional cable packages. It’s likely that many of the online-TV services will offer a base bundle that includes a couple dozen very popular channels and then smaller, themed bundles centered around topics like sports or kids’ entertainment. Sling TV, for example, offers channels like ESPN, CNN and Disney Channel in its $20 base package, with small expansion bundles sold for $5 each. (But you’ll still have to shell out for Internet access.)

TV networks have been left flat-footed in the transition to streaming video, unsure whether to license all their content to services like Netflix or keep it locked up with traditional pay-TV operators, which are slowly losing subscribers. These new online live-TV products could serve as a promising new revenue source.

New entrants into the pay-TV world may pay networks affiliate fees that are 1.75 times as costly as those paid by Comcast because their user bases are relatively small, according Erik Brannon, a television analyst at IHS Screen Digest. In the case of Hulu, the new service will be especially lucrative for Disney, NBCUniversal and Fox, which jointly own the company.

“It’s money they never had the opportunity to make before,” explains Brannon. “This contraction in the total number of pay-TV households . . . can be mitigated for them on the books.”

The big cable bundle isn’t going anywhere. IHS estimates that the number of households subscribed to traditional pay-TV packages will shrink from 99 million to 95 million by 2020, which is still a big number. But those packages may start to look different.

Negotiation standoffs between pay-TV operators and networks are becoming more frequent as television ratings decline and networks demand higher fees from operators for their content. These days, there’s not always a happy ending. When Viacom reached an impasse in 2014 with Suddenlink, a St. Louis-based cable operator with more than one million subscribers, the media giant’s networks all went dark for Suddenlink subscribers. The customers caught in the middle now no longer have access to Nickelodeon, MTV, and other big-name channels. Increased instability in the industry could lead to more such standoffs, or cause some smaller cable channels to shutter altogether.

The large number of digital competitors also means more must-see TV will end up on online platforms, including shows that were previously part of traditional television. Sesame Street, a PBS mainstay that has long been available to any kid with a television set and an antenna, now debuts exclusively on HBO, which has one of the most expensive streaming services on the market. CBS, meanwhile, is planning to make first-run episodes of its upcoming Star Trek series exclusive to its streaming package.

The broadcast networks and widely viewed cable channels will be fine in the slow transition to online TV. It’s the little guys that may get squeezed out. If traditional pay-TV subscribers opt for skinnier bundles en masse, the channels that aren’t included in slimmed-down packages will see their subscriber fees start to decline and could suffer in ratings as well. Tiny cable networks with four-digit channel numbers are already being forced to go off the air. “It’s the long tail of the basic cable bundle that is most likely to come under pressure,” says Dan Cryan, a media analyst at IHS.

The major cable operators will largely be fine, even if they shed video subscribers. Because companies like Comcast and Time Warner Cable also offer their customers Internet service, they can entice people to keep TV subscriptions with attractive bundles. And even if customers opt to dump cable, these operators can just charge them more for the bandwidth they consume watching online TV, as Comcast has begun to do in some markets. Satellite companies don’t have this luxury. That’s part of why DirecTV merged with AT&T last year. Of the large pay-TV providers, only Dish Network lacks a diversity of ISP and telco offerings, and even that company has been in acquisition talks recently. 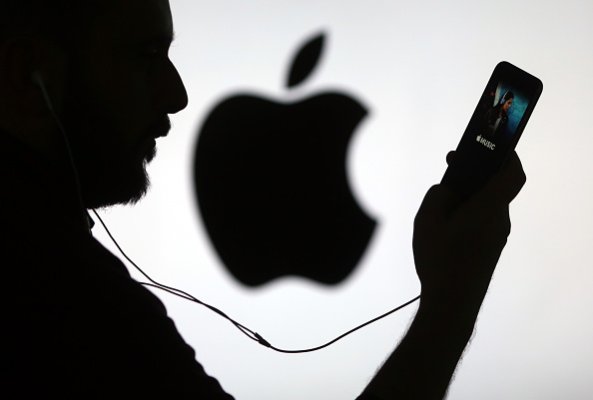 Big Changes Are Coming to Apple Music
Next Up: Editor's Pick