Republican National Committee Chairman Reince Priebus said Friday that Donald Trump is not the head of the Republican Party, while calling on the presumptive nominee to do more to change his tone to reach out to minority voters this fall.

Hours after House Speaker Paul Ryan refused to embrace Trump, Priebus, who has appealed for GOP unity, acknowledged that significant gaps remain between Trump and the Republican Party on policy and style. Priebus said the GOP does not endorse Trump’s call for a temporary ban on Muslim immigration and said Trump must adjust the way he presents himself to the Latino community.

A longtime Ryan ally, Priebus said he thought the Speaker was “being honest about how he feels” about Trump, while expressing confidence that Ryan will ultimately back the party’s nominee. He added that he is helping to broker a meeting between Ryan and Trump next week to start bridging the divide. Trump called Priebus within minutes of Ryan’s critical comments Thursday to express concern and to discuss how to best win Ryan over.

Speaking at a Politico breakfast in Washington, Priebus said Donald Trump is not the head of the Republican Party. “It’s the party’s party,” he said.

Priebus said he believes Trump understands that he has to adjust his tone for the general election, saying that behind closed doors Trump is “far more gracious and personable than I think you see at rallies.”

Asked about Trump’s tweet of a taco bowl on Cinco de Mayo, which provoked an internet backlash, Priebus said he thinks that was an effort on Trump’s part to broaden his appeal.

“He’s trying,” Priebus said with a laugh. “Honestly I think he’s trying. And I honestly think he understands that building and unifying and growing the party is the only way we’re going to win.”

Acknowledging that many conservatives are still wary of his nomination, Priebus said it would be a “smart thing” for Trump to release five to 10 names he would consider for the Supreme Court to allay those concerns.

Reflecting on the nominating process, Priebus said he believes that in the next cycle the RNC will have “even more control” of the system. After taking over the debate calendar in unprecedented fashion, Priebus said he’d like to move to a system where the party owns the rights to the nominating process and sells them to television networks like professional sports leagues. Priebus, who has served three consecutive terms as RNC chairman, didn’t rule out seeking a record fourth term in January. 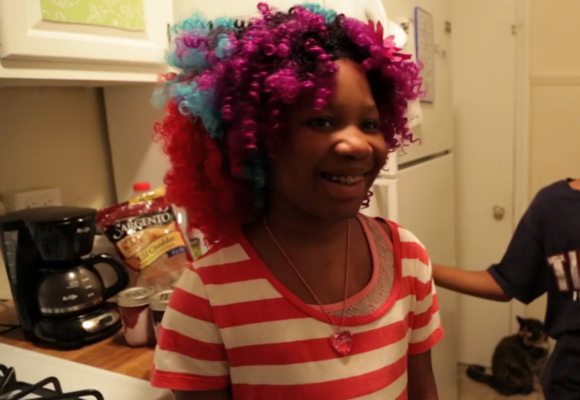 Transgender Advocates Want to Win Your Heart With New Ad
Next Up: Editor's Pick