How Our Greatest Superheroes Confront Their Mommy Issues

Save their Rotten Tomatoes scores, Batman v Superman and Captain America: Civil War share eerie similarities. Batman and Iron Man are both rich playboys who build cool gadgets. Captain America and Superman are both all-too-noble super-dudes with an affinity for the American flag colors. Both movies pit good guys against each other while a bad guy cackles in the background. I suppose in a world where five superhero films are released every year, these overlaps were bound to happen.

Here’s what I didn’t expect: The relationship between the two warring superheroes in both films turns on flashback to a mother’s death.

In the long-awaited battle between the titular characters in Batman v Superman, the Dark Knight finally gets the upper hand. Facing his imminent death, Superman says, “Save Martha,” referring to his mother who has been kidnapped by Lex Luthor. “What did you say?” Batfleck growls at which point we see a flashback of Martha Wayne dying. It would seem excessive since this is the third time we watch her bite the bullet, but this one includes some unsubtle symbolism: her pure, white pearls dropping down the gutter. (It’s Bruce Wayne’s innocence. It’s in the gutter. Get it?)

Turns out Batman’s flummoxed because both his and Superman’s moms are named Martha. At this revelation, Batfleck drops his Kryptonite weapon and the two heroes become BFFs. Apparently, that’s all it takes to alleviate Batman’s concerns that Superman will become a corrupt dictator and take over the world.

So imagine my surprise when the mom issue came up in Captain America: Civil War—again, in the climactic fight scene. Cap and Iron Man have finally settled their differences when the bad guy reveals that Cap’s buddy, Bucky, killed Iron Man’s parents. (In his defense, Bucky was brainwashed.) Iron Man’s reaction: “He killed my mom” followed by some rage punching.

In this case, the mom revelation led to fighting, not peace. But here’s the takeaway: there’s nothing more powerful in the world than the mom memory.

It’s a sweet Mother’s Day sentiment, but for the fact that the moms in question are not fully formed characters so much as plot devices to churn the films forward. This is disappointing, considering that both the DC and Marvel cinematic universes are both already sausage fests, and each movie could have spent more than five minutes with these moms before they were violently murdered.

The dead or endangered mom is a well-worn trope in superhero films. Star-Lord watches his mom die at the beginning of Guardians of the Galaxy and keeps a mixtape she made with him at all times. Both Spider-Man and Superman must care for their elderly mothers or aunts whose spouses have died. For all these heroes, love of their mothers is (lazily) supposed to signal that these are “good guys.” It’s especially important for orphaned characters like Iron Man and Batman. Their parents deaths, to a certain extent, have turned them angry and callous. They’re more likely to diverge from the noble path. Their love reminds us that they too are “good,” even if they can be vengeful.

Indeed, it’s one of the oldest stories known to man: The Chinese fairytale Ye Xian, the Grimm’s brothers’ Snow White, Dickens’ orphans, Harry Potter, the main character in every animated film Disney ever made—all heroes whose struggle with the loss of their mother acts as the catalyst for his or her story.

Another ancient trope that makes its way into these two superhero films: Men driven by impossible expectations from their father. Tony Stark lives in the shadow of the genius Howard Stark. Batman struggles with the burden of living up to his father’s legacy, as demonstrated in Batman v. Superman speech he gives to Alfred. Superman seeks guidance from his dead father in that same movie. The end of Guardians hints that Star-Lord could be the son of someone powerful, certainly setting up a father-son complex for the next film. Spider-Man is haunted by the words of his father figure Uncle Ben: “With great power comes great responsibility.” They compete with their father to do something powerful and are compelled by their love for their mothers to do something good.

In the end, all of these superheroes have one weakness — their super-Oedipal complex. 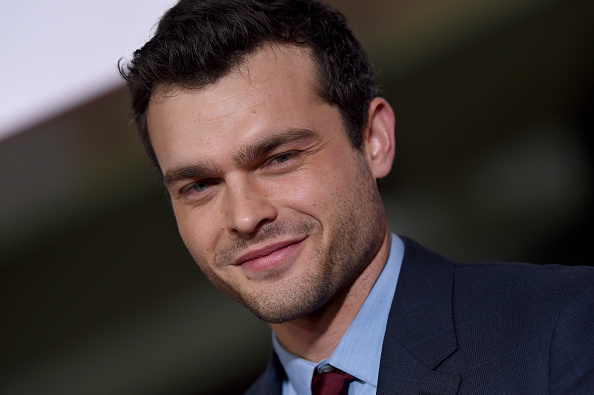 There's a New Han Solo in the Galaxy Far, Far Away
Next Up: Editor's Pick