This photo released by the Alberta RCMP on May 5, 2016, shows a police officer walking on a road past burned down houses in Fort McMurray, Alberta.
Albert RCMP/AFP/Getty Images
By Daniel White

A group of Syrian refugees who now call Canada home are stepping up to help victims of the Fort McMurray fires which has left homes destroyed and caused tens of thousands to evacuate the city.

After Rita Khanchet posted a call to action in a private Facebook group for Syrian refugees in Canada, according to the Calgary Herald, many of the newcomers took it up on themselves to give back to those affected by the fires in Western Canada.

“[Canadians] gave us everything. And now it’s time to return the favor,” Khanchet wrote to the group.

The group settled on $5 donations after many offered to donate their furniture or the clothes they received only months ago from generous Canadians.

Donations will go towards purchasing hygiene items for the evacuees from Fort McMurray, where some 80,000 people were ordered to leave on Tuesday.

For Khanchet, this is an opportunity to give back to those who aided her and her family when they were welcomed to Canada after fleeing violence in Syria.

“We understand what they’re feeling. When you lose everything, you have to start from zero. You lose your memories, your items. It’s not easy. It’s something very sad. We can totally understand their feeling,” she told the Herald. 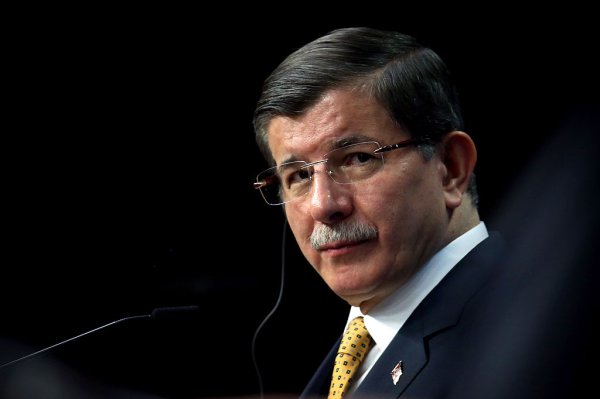 Why Turkey's Prime Minister Had No Choice But to Resign
Next Up: Editor's Pick