Those who watched the second episode of Game of Thrones‘ sixth season Sunday were witness to one of the show’s rare flashback scenes — a sequence that featured Bran Stark and the Three-Eyed Raven traveling into the past to see a young Ned, Benjen and Lyanna Stark. They were also given some insight into a character who up until that moment had remained largely an enigma: Hodor.

The scene in question shows Hodor as a young stable boy named Wyllis who could speak in full sentences, causing fans to begin speculating about what made him become the disyllabic gentle giant he is now. One popular theory posits that Hodor was a warg, but stayed inside his animal for too long and drove himself mad — a concept that has been mentioned before in the G.o.T. universe. Back in season four, Jojen Reed tells Bran that, “If you’re trapped in Summer [Bran’s direwolf] for too long, you’ll forget what it was to be human.”

So what evidence is there that Hodor possessed the power to warg? Luckily, two Reddit users have explained the theory in detail. “The last episode made a point of showing how [Wyllis]/Hodor was friendly with Lyanna, and how eager he was to please her and her family,” wrote TazoGreenTea. “As a stable boy, it would make sense that his choice would be to warg into a horse since, like dogs, they are docile and are accustomed to his presence. And if the (possibly) only girl treating him nicely was Lyanna, it would make complete sense that this is the horse he would warg into.”

Read More: There’s More to That Hodor Flashback on Game of Thrones

The Redditor goes on to explain how this also means Hodor could have been present for many of the events surrounding Lyanna and Rhaegar Targaryen’s relationship, a storyline that likely leads to the death of Lyanna’s horse and Hodor’s current state of mind. “Since Rhaegar and Lyanna would eventually run away from everyone, it also makes sense that they would both be on horses while doing so and Wyllis/Hodor would have been witness to many events of that storyline,” the user wrote. “My guess is that the horse was slain during battle while Hodor was warging into it, which would explain why he is a very much a simpleton now and is afraid of fighting and lightning. Would also explain why Bran is able to warg into a human, because the mind inside the human is an animal’s mind (or the remnant of a mind trapped into a horse).” 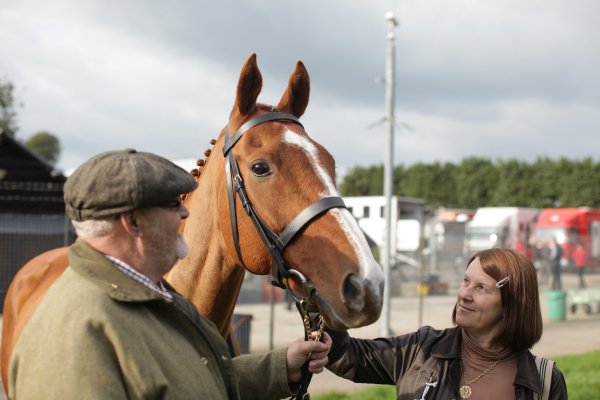 Review: An Unlikely Champion Runs for Glory in Winning Doc Dark Horse
Next Up: Editor's Pick