Horse racing is the sport of kings, and of rich people. That’s what makes the story told in Louise Osmond’s lithe and lively documentary Dark Horse so remarkable, and so satisfying. In 2000, in the Welsh mining town of Cefn Fforest, barmaid Jan Vokes overheard bar regular Howard Davies talking about the days he’d owned a share in a racehorse. With her husband, Brian, she decided to breed her own, taking an extra job as a cleaning person so she could buy a not-so-distinguished thoroughbred mare and mate her with a senior-citizen stallion. The product of this union was a scrappy foal, raised on a slagheap, who would come to be named Dream Alliance. Vokes persuaded her fellow villagers to form a syndicate, each member pitching in £10 per week, to raise the money for the horse’s costly training and veterinary care.

Dream Alliance, a regal golden-brown fellow with a blaze of white down his nose, became an unlikely champion, but to the Vokeses and their neighbors, he represented so much more—he was one of their own, a neighbor, a friend, a member of the family. Dark Horse is partly a story about the deep bond between humans and their horses, but it also affirms that a winner can come from anywhere—and that you don’t need to be rich to feel like royalty. 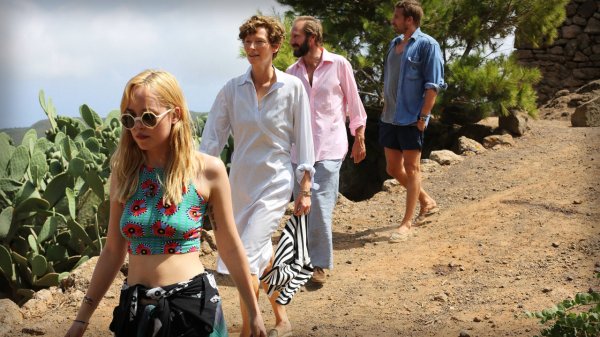 Review: Tilda Swinton Dazzles in the Sunshine of A Bigger Splash
Next Up: Editor's Pick