Iraqi government forces wave their national flags on March 10, 2016 after retaking the town of Zankura, northwest of Ramadi, from the Islamic State (IS) jihadist group in Anbar province. Iraqi forces retook a town from the Islamic State jihadist group in Anbar province Thursday and evacuated 10,000 civilians as they advanced up the Euphrates valley, a security spokesman said. The sprawling province of Anbar -- which borders Syria, Jordan and Saudi Arabia -- was at the heart of the "caliphate" that IS proclaimed in 2014. The jihadist group still holds most of the province but the noose is tightening around some of its key bastions. / AFP / MOADH AL-DULAIMI (Photo credit should read MOADH AL-DULAIMI/AFP/Getty Images)
MOADH AL-DULAIMI—AFP/Getty Images
By Ian Bremmer

ISIS remains the best-funded, best-equipped terrorist organization the world has ever seen. But for the first time since its rise in 2014, real progress is being made against the jihadist group. These five facts explain what you need to know.

1. Finances
ISIS has been an economic juggernaut from the moment it seized Mosul. When the group captured its first wave of Iraqi cities in 2014, it also seized an estimated $700 million in cash, instantly transforming this al-Qaeda offshoot into the world’s richest terrorist organization. By year’s end, ISIS controlled more than $2 trillion in assets and had another $2.9 billion in annual income. Today, ISIS has two main sources of revenue: oil and taxes.

Both are under tremendous strain at the moment—following the Paris attacks, Western coalition forces intensified their air campaign, targeting not just their oil infrastructure, but also banks and warehouses filled with cash. At the same time, the Iraqi government has stopped paying government workers in ISIS-controlled cities, including Mosul. That move deprives ISIS of nearly $2 billion in annual revenue, forcing the group to slash salaries for its fighters and impose harsh new taxes on those unfortunate enough to live under its rule.
(Washington Post, Foreign Policy, Newsweek)

2. Territory
Nevertheless, ISIS still has hundreds of millions at its disposal, including 60 percent of Syria’s oil wells and 5 percent of Iraq’s. But that number is shrinking along with the territory it controls. The sustained international offensive has cost ISIS 40 percent of its territory over the last year, a welcome sign of progress for the coalition. It’s particularly noticeable in Iraq, where the Iraqi military was able to recapture the city of Ramadi and push the Islamic State back towards the Syrian border. Syria has proven trickier, which is not surprising given the wide range of international actors (and conflicting interests) involved. Still, progress is progress. IHS now estimates that the number of people living under ISIS control has fallen from 9 million to 6 million over the past 15 months, shrinking the caliphate’s overtaxed base even further.
(Washington Post, CNN)

3. Foreign fighters
The recent progress of anti-ISIS forces have also reduced the jihadi group’s foreign recruitment numbers. At its height, ISIS is believed to have rallied 30,000+ foreign fighters from more than 100 countries to its cause, six thousand of whom travelled to Iraq and Syria from Western countries. That number has reportedly fallen as low as 19,000 today. But the true measure isn’t the absolute number of foreign fighters ISIS controls but its recruitment rate: according to the Pentagon, a year ago ISIS was averaging roughly 2,000 new foreign fighters a month. Today that figure is at 200, which means ISIS can’t replace battlefield losses as quickly. One critical reason is that ISIS’s self-narrative of an inexorable march towards a global caliphate has lost much of its force, given recent developments. Another is that the anti-ISIS coalition has become much more effective at limiting the reach of ISIS propaganda.
(Washington Post, ABC News)

4. Social media
ISIS’ deft use of social media caught the world off guard in 2014. ISIS wasn’t the first global terrorist group to come of age in the internet era, but it was the first to so effectively harness its power. It took some time, but tech companies have finally taken a more aggressive and effective approach, spearheaded by Twitter, which has pulled down more than 125,000 accounts for promoting terrorist activities in less than a year. They’ve been aided by hacker collectives like Anonymous and CtrlSec; CtrlSec alone identified nearly 120,000 Twitter accounts with ties to ISIS.

The U.S. government has also tried to take a more tactical approach to combatting ISIS propaganda online, establishing the Center for Strategic Counterterrorism Communications. After a few false starts, the government realized that U.S.-branded messages were falling on deaf ears and decided to spend more money providing “seed funding and other support to NGOs and media startups focused on countering violent extremist messaging.” Turns out the messenger is often as important as the message itself.
(Wall Street Journal)

Read More: Money to Burn: Up to $800 Million of ISIS Cash Destroyed in Air Strikes

5. Problems ahead
But troubles still loom. When we talk about ISIS today, we tend to focus on the core fighters who control territory in Iraq and Syria. But as its grip on those two countries weakens, it has begun to shift attention to neighboring countries across North Africa and the Middle East. Of particular concern is Libya, which has seen a marked uptick in foreign fighters—approximately 5,000—according to U.S. officials. In the first three months of 2016, there have been nearly as many ISIS attacks in Libya than the last six months of 2015. And as its control over Iraq and Syria weakens, the group has become even more violent within its own confines, registering more attacks in the first quarter of 2016 than any other three-month span since it stormed to power in 2014.

Even more concerning is the Islamic State’s global reach; it’s estimated that anywhere between 20-30 percent of foreign fighters have returned to their home countries, posing threats in new places. The group also has more than 30 affiliate groups around the world, the most visible of which is Nigeria’s Boko Haram. But there is little evidence that the central authorities in Iraq and Syria have provided much material support to its affiliates, meaning that these groups are financially independent. Taking out ISIS in Syria and Iraq will do little to materially weaken these groups, while giving them more motivation to step up their own acts of terror and fill the void.

Progress is being made in the battle against ISIS. But the war still has ways to go.
(ABC News, Reuters, Telegraph, IB Times) 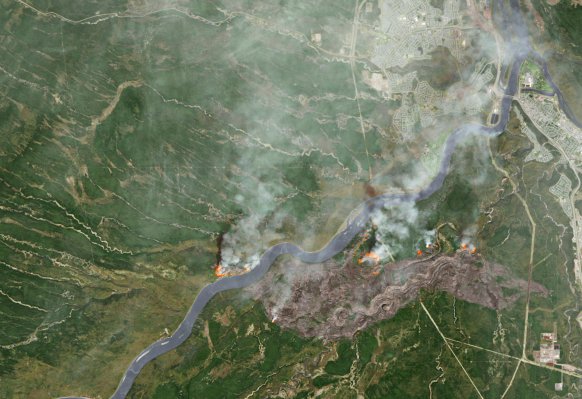