Some Republicans now face what they see as an unthinkable choice in November: Donald Trump or Hillary Clinton.

For Texas Republican Jonathan Neerman, the answer is neither. The former Dallas County party chairman told TIME that he would “never” vote for Trump but he would “absolutely not” vote for Clinton.

“That would leave me with leaving the top of the ticket blank,” Neerman explained. “I will fill out the rest of my ballot for every other Republican candidate. I just won’t vote for Donald Trump, and I certainly won’t vote for Hillary Clinton.”

Asked how he was handling Trump’s being the presumptive nominee, he joked: “With alcohol.”

It’s a painful choice for many lifelong Republicans, especially when the likely Democratic nominee is someone they have opposed for decades.

Former Virginia state delegate David Ramadan said he has been a Republican for “26 years, since the minute I stepped off the plane [from Lebanon] and arrived to America,” and that this will be the first election where he does not cast a ballot for the Republican nominee. “This was a very tough decision to make,” he said. “Trump represents everything I left behind in the Middle East, and nothing of what I immigrated for.”

But Ramadan falls into Neerman’s camp: not voting for Trump does not mean he will vote for Clinton. “I am never Trump, never Hillary,” he said. “It’s straight up. Hillary and Trump are two sides of the same coin.” Ramadan said he will likely leave the top of the ballot blank, and has suspended his membership in the Republican Party.

Bill Bolling, former lieutenant governor of Virginia, said he doesn’t know what he’ll do in November. “I’m clearly uncomfortable with Trump, but I’m not a fan of Ms. Clinton,” he said. “I guess we have the option of holding our nose and voting for Trump, which some will do; not voting in the presidential campaign, which I have never done before; or hoping that some other choice emerges. I’ve been a Republican all my adult life, and I’ve never been faced with this kind of a choice.”

Former Douglas County chairman Bryan Baumgart renounced membership in his Nebraska county party, saying “I just wanted to send a message that the Republicans of Douglas County and Nebraska aren’t all united in that endorsement of Donald Trump,” KETV Omaha reports. “I want to be able to say I’m a Republican and be proud of it.” Baumgart did not respond to request for comment from TIME to clarify whether he would vote for Clinton.

To be sure, there are many state and county chairmen throughout the country who are supporting Trump. Some, like Douglas County Republican Party Executive Director John Sieler, enthusiastically support his candidacy.

“I [stand] for the idea that America is the good guys and we had made some mistakes, but in the history of the world, we are clearly the good guys,” Sieler said. “Donald Trump believes that.”

Sieler, who was driving when he spoke to TIME by phone and had to pull off the road because he was getting “too excited” talking about Trump, said he thinks Baumgart represents a small minority of Nebraskans and that “99 percent” of Republicans will come around to Trump by the election in November. “We’ve got six months to heal,” he said.

Some reluctant Republicans are already there, such as Loudon County Republican Chairman Will Estrada. The Virginia Republican backed Texas Sen. Ted Cruz during the primary but now that Trump is the last man standing, he thinks he’ll be a better option than Clinton.

“I think when we look at Donald Trump, sure, he’s not my first pick,” Estrada said. “But when you look at him compared to someone like Hillary Clinton who left our troops to die with Benghazi, who since the ’90s has been connected to corrupt and even spying people overseas, the whole issue with the email. … I think there’s a clear difference between the two.”

Neerman doesn’t agree. He thinks his peers who are choosing to vote for Trump have made a choice: “They would rather go with the devil they don’t know than the devil they know.” 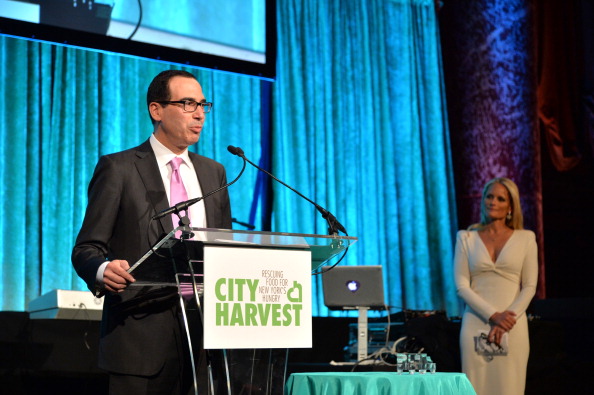