Cupertino Mayor Calls Out Apple: 'They Abuse Us'

Apple has another foe to contend with: Cupertino’s mayor.

Speaking to The Guardian in a wide-ranging interview published on Thursday, Cupertino mayor Barry Chang argued that Apple isn’t doing enough for the city where its headquarters lives, adding that he believes the company is abusing its hometown.

“Apple is not willing to pay a dime,” he told The Guardian.“They’re making profit, and they should share the responsibility for our city, but they won’t. They abuse us.”

Neither Apple nor Chang immediately responded to a request for comment.

Chang has been facing increasing tension in Cupertino over infrastructure and traffic congestion issues, among other troubles, according to his 2016 State of the City speech in January. He has since argued that raising taxes—especially on the big companies that call Cupertino home, like Apple—could help address the city’s issues. He has also proposed Apple give Cupertino $100 million for the city’s infrastructure, according to The Guardian.

Apple has been in Cupertino for decades, and the tech giant has contributed millions of dollars in local tax revenue to the city over that time. However, Chang is one of some citizens who believe Apple could do more to help the city and pay more in taxes. They point to the company’s billions in quarterly profits as proof that a little help from Apple could go a long way.

Meanwhile, Apple is building a new campus in Cupertino, to be known as Apple Campus 2. The “spaceship” as it’s become known, will have 2.8 million square feet of office space and house 12,000 employees. In his State of the City address earlier this year, Chang said that he had toured the construction site late last year and was told by Apple that it was on track to be opened next year, as expected.

However, Chang claims to have had a much different experience with Apple once before, when he tried to walk on to the company’s campus to talk about traffic congestion. He told The Guardian that Apple’s security escorted him off Apple’s campus, saying “you cannot come in, you’re not invited.” He told The Guardian that he hasn’t gone back to Apple’s current headquarters, despite visiting its new facilities.

His refrain over taxes, though, is one that Apple has been hearing for quite some time. Indeed, Apple has been targeted by critics for not paying its fair share of taxes and funneling cash through countries, like Ireland, where tax rates are not as steep. While Apple is not alone in fielding that criticism—many Silicon Valley companies engage in the same practices—both European governments and lawmakers in the U.S. have said it should cough up more cash.

In January, the European Commission was said to be mulling whether it would seek back taxes from Apple that could cost the company billions of dollars. While that has yet to happen, the company has even been targeted by co-founder Steve Wozniak, who said in April that Apple should pay a 50% tax rate.

“I do a lot of work, I do a lot of travel and I pay over 50% of everything I make in taxes, and I believe that’s part of life and you should do it,” Wozniak said last month. He was then asked if Apple should be paying the same rate and added that “every company in the world should.”

For its part, Apple has scoffed at those who say it doesn’t pay enough in taxes. In an interview with 60 Minutes on CBS, Apple CEO Tim Cook said in December that his company “pays every tax dollar we owe.” He added that any idea Apple doesn’t pay its fair share in taxes is “total political crap.”

Given his tenor in his interview with The Guardian, Chang, who railed against Apple’s power in Cupertino by saying city council members don’t want to “offend” the company, doesn’t seem willing to give up the fight. However, he might not fight that battle in Cupertino for much longer.

According to his website, Chang is running for State Assembly this year. If he wins, he’d leave behind Cupertino politics and move to state politics. That said, for a politician that has issues with Apple and all the trouble that it might or might not cause in Cupertino, he readily promotes his work with the company. Indeed, on his own homepage, he lists a negotiation with Apple as one of his achievements during his time in Cupertino.

“Barry is an effective champion for the residents,” his homepage reads. “His diligent negotiations with Apple resulted in the approval of the company’s $5 billion Campus 2 Project, which is producing numerous local construction jobs and will assure the retention of more than 12,000 high-tech R&D jobs.” 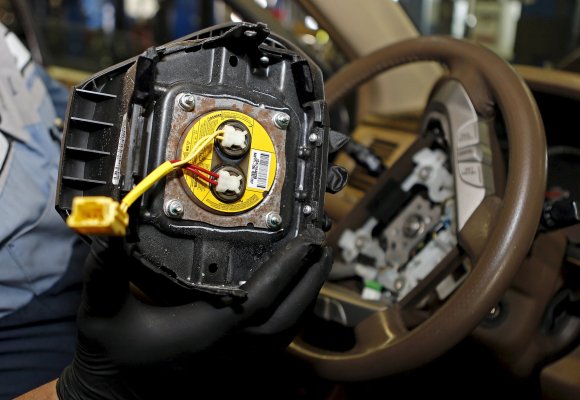 The Massive Takata Airbag Recall Is Doubling in Size
Next Up: Editor's Pick