How the National Day of Prayer Began

A crowd of several thousand persons stands on capitol plaza and on the center steps of the U.S. Capitol, left, in Washington Feb. 3, 1952, to hear Evangelist Billy Graham preach at a rally.
AP
By Lily Rothman

President Obama’s proclamation that Thursday is the National Day of Prayer for 2016 came as no surprise: After all, it’s been more than half a century since President Truman, on April 17, 1952, signed the law that first called upon the President to set aside such a day for the people of the United States to “turn to God in prayer and meditation at churches, in groups, and as individuals.”

The first such day was observed on July 4, 1952, with Truman noting in his proclamation that he found it “fitting that this Day of Prayer coincide with the anniversary of the adoption of the Declaration of Independence.” (It wasn’t until 1988 that Congress specified that the President ought to pick the first Thursday in May for the proclamation.)

One of the people who advocated most strongly for that 1952 law was the Evangelist Billy Graham, who led a weeks-long prayer “crusade” to Washington that year, and on Feb. 3, 1952, gave a speech urging Congress to introduce legislation establishing a National Day of Prayer.

This was something he’d been suggesting for years, but it finally stuck—becoming law in just a couple of weeks. And, though an individual’s faith is often separate for world-historical events, that timing is notable.

MORE This Is How the National Prayer Breakfast Got Its Start

It was perhaps Conrad Hilton—the hotelier who would go on to host the first-ever National Prayer Breakfast in 1953—who summed it up best. During the Cold War years of the early 1950s, faith was seen as just one more way in which the U.S. and its allies were different from communist forces that decried religion. “It took a war and the frightening evil of Communism to show the world that this whole business of prayer is not a sissy, a counterfeit thing,” TIME quoted Hilton saying in 1954. “Rather it is a part of man’s personality, without which he limps.” 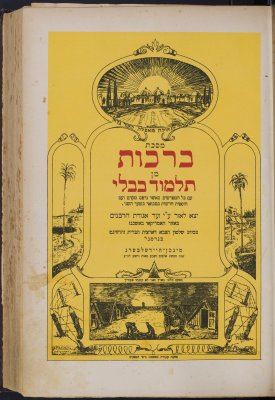 See the Religious Text the U.S. Government Printed for Concentration-Camp Survivors
Next Up: Editor's Pick