Brazilian House Speaker Eduardo Cunha attends a debate on whether or not to impeach the president, at the Chamber of Deputies in Brasilia on Apr. 15, 2016.
Eraldo Peres—AP
By Julia Zorthian

A Brazilian Supreme Court Justice ordered House Speaker Eduardo Cunha to step down from his positions as House Speaker and federal deputy while he faces corruption charges.

Justice Teori Zavascki decided to suspend Cunha after Brazil’s Attorney General Rodrigo Janot requested the suspension in December, on the grounds that Cunha has been using his position to impede the investigation against him.

An opponent of President Dilma Rousseff, Cunha has been spearheading impeachment efforts against her. Brazil’s senate will vote next week on whether to begin those impeachment proceedings.

Cunha’s suspension is just the latest development in the ongoing Petrobras investigations scandal that has caused uproar in Brazil. Cunha has been accused of allegedly accepting bribes, but he has consistently denied criminal wrongdoing. 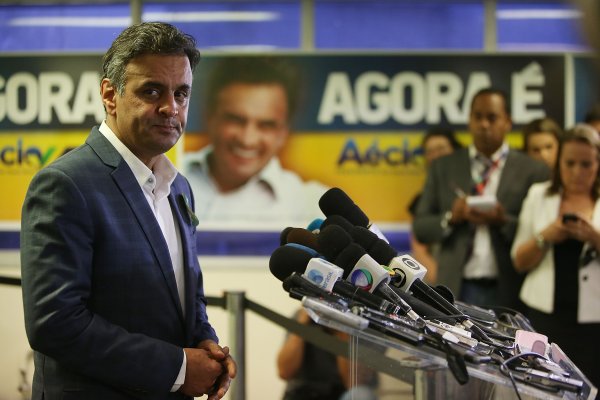 Probe Ordered Into Brazil Opposition Leader
Next Up: Editor's Pick