Around 50% of Americans Have Donald Trump-like Views on Foreign Policy and Trade, Poll Shows

Republican presidential candidate Donald Trump speaks during a rally at The Palladium in Carmel, Ind., on May 2, 2016.
Michael Conroy—AP
By Justin Worland

Nearly 60% of Americans want the United States to deal with its own problems and leave other countries to deal with their own issues, according to a new poll.

The U.S. desire for a more isolationist approach extends to economic issues, the poll shows. Nearly 50% of those surveyed said that involvement in the global economy costs jobs.

Both the Republican and Democratic Parties have strong contingents that support isolationist policies, but members of GOP were particularly likely to support reduced international engagement. More than 60% of Republicans said the U.S. should focus on its own problems, compared to 47% of Democrats. 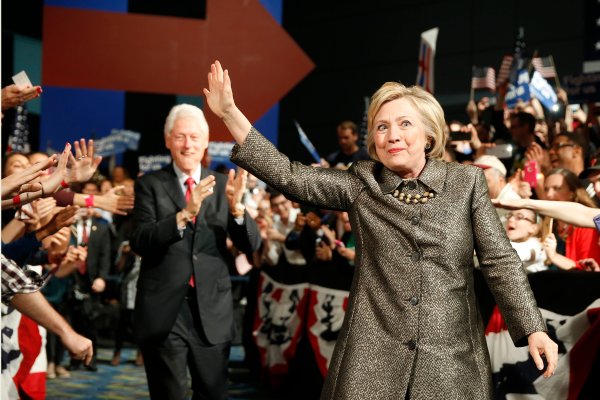 Why the Clintons Don't Fear the Coming Armageddon With Donald Trump
Next Up: Editor's Pick