The Obamas celebrated Star Wars Day with a dance party.

Proving that the leader of the United States can bring together disparate groups and build coalitions, he and the First Lady brought rebels and Imperial troops together for a dance party to “Uptown Funk” to mark May the 4th.

In the video, which was posted to the White House’s Facebook and Twitter pages, R2-D2 seems to take over DJ duty and starts playing the Mark Ronson and Bruno Mars track, which Michelle Obama declares to be her favorite song.

When the First Lady started to bust a move along with R2D2, who spins his head back and forth with the music, the Commander in Chief (turned Geek in Chief) ordered the Imperial troops into action, “Come on, stormtroopers!” Not ones to ignore direct orders, the stormtroopers hit the dance floor and start to move, albeit awkwardly thanks to their protective armor. But they gave it their all, because as the video’s caption says, “Dance. Or dance not. There is no try.“ 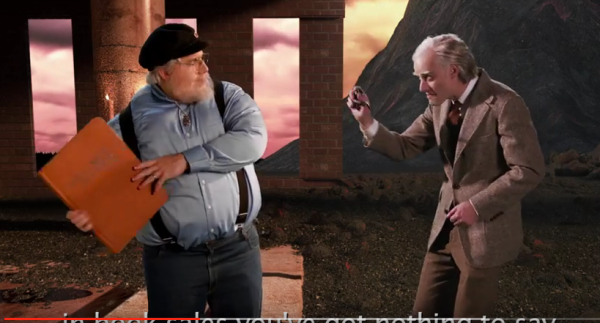 If George R.R. Martin and J.R.R. Tolkien Had an Epic Rap Battle It Would Look Like This
Next Up: Editor's Pick