Paul McCartney played in Prince’s hometown last night and paid homage to the musical icon who passed away on April 21.

In front of an appreciative crowd at Minneapolis’s Target Center, McCartney dedicated his concert to “the late, great Prince,” saying, “Prince, Minneapolis; Minneapolis, Prince. It goes together.”

As part of his encore, McCartney took to the stage with Prince’s well-known symbol displayed on the backdrop. In the video, which was posted to McCartney’s Facebook page, the crowd roared in excitement at the prospect of watching one legend cover another. McCartney then ripped into the opening bars of “Let’s Go Crazy” from Prince’s Purple Rain.

“Here’s to the man,” McCartney concluded, according to the Minneapolis Star-Tribune’s review. “Loved that guy. Thank you, Prince, for writing so many beautiful songs, so much music. And he’s your guy.” 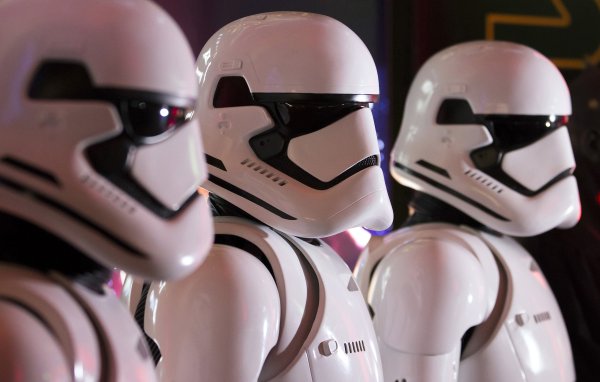 Watch the Obamas Host a Star Wars Dance Party
Next Up: Editor's Pick