Sometimes, it seems like Tesla is not one company, but two. Right now is one of those times.

The first Tesla is the game-changing company reinventing the car to be gas free, self-driving and packed full of as many software innovations as an app-jammed smartphone. The second Tesla is an overhyped, money-losing, debt-laden accident waiting to happen.

We saw both companies Wednesday. Early on in the day, Tesla’s stock fell 4% on news that two top executives overseeing manufacturing and production were leaving. The moves came before the release of Tesla’s $35,000 Model 3 and after its SUV model suffered an 18-month delay, a recall and a glitch that affected its falcon-wing doors. The company insisted the executives were leaving for a “well-earned break.” Tesla has now lost five vice presidents in three months.

Soon after, Jim Chanos, a hedge-fund legend after his bearish calls on Enron and Brazil’s Petrobras, took to CNBC to slam Tesla. “When a number of people leave over a short period of time, it’s a tipoff,” he said. “These people are needed for the Model 3, which is the real story.” The Model 3, cheaper than any of Tesla’s other vehicles, is seen as the company’s true shot at penetrating into the mainstream.

Chanos also chided Tesla CEO Elon Musk for his poor record in forecasting vehicle deliveries. “This is a company that can’t even forecast deliveries one quarter out, and yet everyone is confident about what they will deliver in 2020.” He was referring to Musk’s earlier prediction that Tesla would ship 500,000 cars in 2020.

Then came Musk’s time to speak. After the stock market closed, Tesla reported first quarter revenue that rose 45% year-over-year and a net loss of $.57, a penny better than estimates. The stock rallied 4%, bringing it roughly back to where it started the day. So it goes in the epic tug of war between Tesla bulls and bears.

To Tesla bulls, it’s not about the company’s quarter-to-quarter performance. It’s about what it can do in, say, 2020. And here’s where things got interesting. In a conference call discussing earnings Wednesday, Musk said the company will be making around a million cars a year by then, doubling his earlier estimate. (By contrast, Tesla made fewer than 50,000 cars last year.) The 500,000 target was moved forward to 2018.

In other words, Musk had already set a wildly ambitious production schedule by the auto industry’s standards — and he will now attempt to meet it twice as quickly. It won’t be easy or cheap. Tesla’s existing manufacturing facilities may not be enough, he said, and the company may build more plants in Europe, Asia and elsewhere.

Tesla expects that capital spending this year alone will total $2.25 billion, 50% more than originally planned. The company will finance as much of that as it can through core operations. But it’s likely to raise more money through both equity and debt, as the new plans mean burning through more cash.

For Musk, all of this effort and spending is worth it. He sees Tesla as remaking manufacturing itself as much as it’s redesigning the automobile. “Tesla is really hell-bent on being the world’s best manufacturer,” said Musk. “Like, this is a big deal, and I think it’s the right thing to do. Because what were trying to do is get as many electric cars on the road as possible. What’s the limiting factor? Well, it’s production. We believe there is more potential for innovation in manufacturing than there is in the design of a car by a long shot.”

At the end of the day, Musk had the last word. Asked what the company could do to win over naysayers like Chanos, he said: “That will basically be never. Like, what I find ironic about a lot of the naysayers is that the very same people will transition from saying it was impossible to saying was obvious. And I’m like, wait a second, is it obvious or impossible? It can’t be both.”

It might be better to say that, rather than the last word, Musk had the latest word. Because the debate over Tesla’s future will rage on for some time. 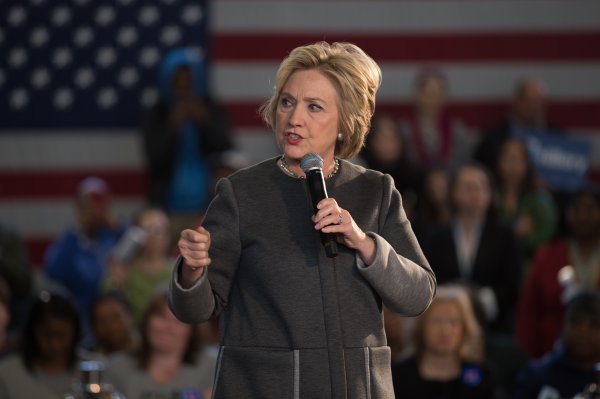