Jerrod Carmichael is an exciting new stand-up star making his name in the most archaic way possible. NBC’s The Carmichael Show has the pointedly artificial-looking living room, the laugh track and the issue-driven format favored by series from All in the Family to The Cosby Show. As much of the rest of TV comedy grows more experimental, Carmichael is sticking with a format that feels like a step back in time.

Yet it’s hard to imagine the show working anytime but today. With The Carmichael Show, the North Carolina native puts the values of his parents’ generation—the ones who thought Cosby’s comedy was cutting-edge—into conversation with overconfident, tech-savvy millennials. Each episode follows a formula: protagonist Jerrod’s parents (Loretta Devine and David Alan Grier) express an old-school perspective on an issue freshly in the news, while Jerrod’s girlfriend Maxine (Amber Stevens West) takes a position that she likely read on Tumblr or saw on HBO’s Vice. Brother Bobby (Lil Rel Howery) tends to miss the nuances his fellow debaters revel in; his mother worries that she may have smoked too many cigarettes while pregnant. And Jerrod just disagrees with everything.

Just because it’s a formula doesn’t mean it’s bland. In its first two seasons, The Carmichael Show has put forward some of the most discomfiting conversations I’ve seen on TV in years—in any genre. “Fallen Heroes,” an episode that aired in March about the allegations against Bill Cosby, both took a torch to Cosby’s legacy and, uncomfortably, defended it. After an episode in which Jerrod tried in vain to get various family members to see a Cosby stand-up show with him (after all, he argued, his girlfriend watches Woody Allen movies—what’s the difference?), the family reminisces about their favorite Cosby Show episodes. The scene unspools slowly, with each character describing Cosby’s impact. Then Jerrod, Cosby’s one inveterate defender in the group, chimes in with the knockout blow: “Damn shame what he did to those women, though.”

That line, as much as any other, sums up exactly what The Carmichael Show is able to do. At a moment of greater-than-ever discord, it argues that multiple things can be true simultaneously. Cosby can be a comedian remembered fondly (so much so that the show takes cues from his set decoration and his titling scheme) and also a real-life villain. Parents, clinging to old-school values and aging-ever-quicker ideas of “propriety,” can stand in the way of what their children want—but maybe that’s not always a bad thing. Jerrod himself gets nihilistic too frequently, but his provocative approach more often emphasizes the sheer joy of frank conversation, how intoxicating it can be to go too far in support of your beliefs.

The series is also unapologetically rooted in specificities of race and class. The Carmichaels have a nice and well-kept home in Charlotte, N.C., but they’re solidly in the middle class, and their social whirl revolves around the church, their neighborhood and, as a treat, Chili’s. (In this way, they differ from the characters on ABC’s great black-ish, whose neuroses stem from their one-generation remove from financial struggle.) One of the season’s best episodes focused on mother Cynthia’s undiagnosed depression; without the sense that Cynthia has learned over time that “the blues” are something to be overcome through inner strength and not therapy, there would be no story.

Watching the family sitcom pivot away from the example set by ABC’s Modern Family—a show about a clan with limitless and never-commented-upon means and social advantages—is thrilling stuff. The Carmichaels may debate just about everything, but they’re united by a shared history and shared challenges. As anyone who’s fought with a family member this election season knows, the richest debates are with the ones you love.

The Carmichael Show airs Sundays at 9 p.m. E.T. on NBC 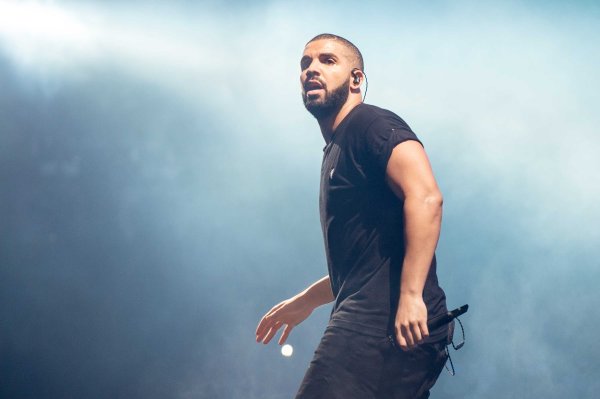 Review: Drake Offers a Snapshot of His Messy Relationships on Views
Next Up: Editor's Pick