Even In Death, Prince Remains Surrounded by Mystery

When Prince died on April 21 at 57, the world seemed to rotate around his axis. “Purple Rain” morphed from anthem to requiem. First Avenue, the Minneapolis venue he put on the map, threw an all-night dance party for mourning fans. For all the attempts to decode Prince’s life–remixer of masculinity, bulldozer of the binary–his death has proved equally confounding: he died of yet-unknown causes, with a vault of unreleased music and no apparent will. In the words of his 1981 hit: “Oh, yeah, controversy.”

In the near term, the only prospect of clarity concerns his cause of death. Toxicology results are expected within weeks, though the local sheriff’s office will decide which details go public. The big question is whether the test will confirm reports that Prince struggled with painkillers. Law-enforcement sources told NBC and CNN that prescription painkillers were found on his body, bolstering a TMZ story that the athletic performer had been prescribed Percocet for chronic hip pain.

On April 15, Prince’s plane made an emergency landing after he reportedly overdosed on painkillers, for which he was given an opioid antidote and briefly hospitalized. Five days later, Prince’s camp called Dr. Howard Kornfeld, a California opioid-addiction specialist, according to the Minneapolis Star Tribune. Kornfeld made plans to see Prince on April 22 and dispatched his son, a practice consultant for his clinic, who arrived at Paisley Park on the morning Prince died and reportedly called 911.

What Prince left behind–in assets that can be easily valued, like his $27 million in property, and those that can’t, like his vault of recordings–will take far longer to figure. For an estate estimated by Forbes to be worth as much as $300 million, a missing will is surprising, given Prince’s history of tightly controlling the rights to his music, and doesn’t bode well for a speedy resolution. The estate of Jimi Hendrix, for one, was still immersed in a bitter battle 45 years after his death.

For now, a judge has appointed Prince’s longtime bank to administer his estate, which will likely be split among his sister Tyka Nelson and five half siblings. Nelson’s husband said the family plans to turn Paisley Park into a Graceland-style museum. Divvying up Prince’s assets is a recipe for conflict: you can’t, after all, split a guitar six ways and expect it to retain its value. Prince issued 39 studio albums, but they may be merely the estuary to an ocean of purple songs. Musicians who worked with Prince have said he released less than half the songs he recorded. But in the absence of clear instructions, will we ever hear them? And should we?

Jeff Jampol, president of JAM Inc., which manages the estates of Jim Morrison and Janis Joplin, believes some music will eventually be heard, but counseled patience. “These songs are unreleased for a reason,” he says. “If it’s not up to the quality Prince saw fit to release, are you not then doing greater damage to the legacy?” The value of that legacy–and the decisions about who controls it–will determine how much more we hear from Paisley Park. 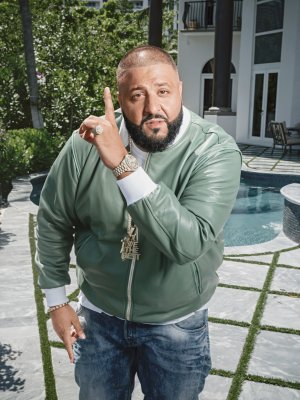 How DJ Khaled Became the Self-Help Sage of Snapchat
Next Up: Editor's Pick