What You Need to Know About Zika

Most of us prefer to avoid mosquitoes–but Nikos Vasilakis and Shannan Rossi are different. The two married scientists at the University of Texas Medical Branch in Galveston have turned their tidy yellow house on America’s southern doorstep into a giant mosquito trap. They’ve hung a small vacuum-like fan near their front door, sucking in the bugs and depositing them into a mesh container. They’ve also scattered cups of standing water throughout the grass–makeshift maternity wards for female mosquitoes. And those insects and eggs will be used by the scientists as part of their research into a mosquito-borne virus with a catchy name that few experts thought they’d ever need to worry about: Zika. “For us it’s great,” says Vasilakis. “The more we know about mosquitoes, the more we are astounded.”

First discovered in Uganda’s Zika forest in 1947, the virus was long thought to be relatively benign, especially compared with deadly mosquito-borne diseases like malaria. But since its invasion in Brazil last year, the Zika virus has torn through Latin America, likely infecting millions. It certainly has caused more than 1,000 confirmed cases of the birth defect microcephaly. Zika also appears to be linked to neurological and autoimmune disorders like the paralyzing Guillain-Barré syndrome, and experts recently determined that it can also be transmitted through sex–a first for a mosquito-borne disease. Some scientists suspect the virus has mutated and that’s why it can now cause neurological problems, while others say these tragic side effects may have gone unnoticed for years. “We wish we had more answers,” says the Centers for Disease Control and Prevention director, Dr. Tom Frieden. “Zika is a very challenging virus to fight, and the response is enormously complex.”

So far more than 400 Americans have contracted the virus while overseas, but with an estimated 40 million Americans traveling to Zika-affected countries each year–500,000 of them likely pregnant women–Zika will almost certainly spread locally within the mainland U.S. this summer. Puerto Rico has already reported more than 700 confirmed cases, including 89 pregnant women, and one person has died from the disease. That’s likely just the beginning. Mosquito-borne diseases like dengue are common in the tropics, and U.S. health officials estimate that an astonishing 20% of Puerto Rico’s population will eventually contract Zika. Cases of microcephaly could appear as infected women give birth. It doesn’t help that Puerto Rico is struggling with a debt crisis even as it tries to tackle Zika. “It’s extremely scary,” says Brenda Rivera-García, the Puerto Rico department of health’s state epidemiologist. “We are trying to cocoon pregnant women and protect them.”

The rest of the U.S. needs to prepare for Zika, but right now political infighting is getting in the way. Though the White House asked in February for $1.9 billion in emergency funding to battle Zika, Congress has yet to act–a position that has frustrated lawmakers from states on the southern border. “My advice to my colleagues is we’re going to deal with this, and I hope we deal with it at the front end,” Florida Senator Marco Rubio said during a Senate floor speech on April 28. “You’re going to have to explain to people why it is that we sat around for weeks and did nothing on something of this magnitude.”

Zika’s spread is a reminder, particularly in a globalized world, that modern borders offer far less protection than they once did. Surveillance of the Aedes aegypti mosquito that chiefly carries Zika eroded because of declines in funding and public interest, which leaves state and federal officials with an incomplete picture of where the disease may turn next.

Few worried about that when mosquito-borne diseases seemed confined to poor, tropical countries. But the combination of climate change and mass air travel between nations is shattering that presumption. “We are cohabiters on this planet with the mosquitoes,” says Vasilakis. “I would like to see a little more awareness of what is around us.” When it comes to mosquitoes and Zika, what we don’t know will hurt us. 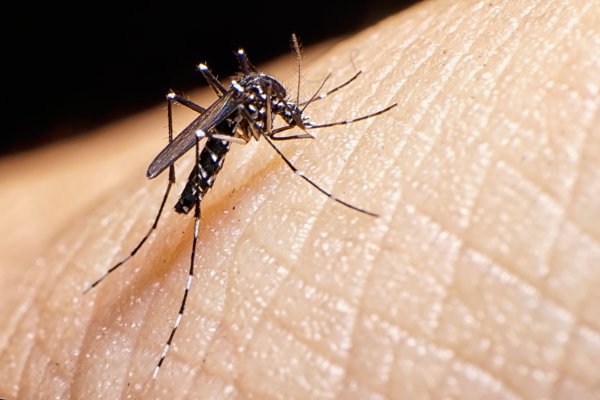