Everything You Need to Know About the Philippine Presidential Election

A jeepney, or jeep, is decorated with posters showing the face of Rodrigo Duterte, mayor of Davao City and presidential candidate, at a campaign rally in Manila on May 1, 2016
Taylor Weidman—Bloomberg/Getty Images
By Charlie Campbell

The Philippines will elect its new President on Monday, following a rough-and-tumble campaign worthy of Southeast Asia’s most vibrant democracy. Five candidates are vying to replace outgoing President Benigno Aquino III, who is ineligible for re-election after serving a single six-year term.

Of those running, the pair with the least national government experience have risen to the top: Grace Poe, a single-term Senator and the adopted daughter of Philippine movie great Fernando Poe, and Rodrigo Duterte, the tough-taking mayor of Davao City on insurgency-plagued Mindanao Island.

1. Who’s going to win?
After leading through the early stages, Poe has dropped significantly behind Duterte in latest surveys. The 71-year-old Duterte currently boasts 32.4% of support compared with Poe’s 24.6%, according to the Standard Poll. Bringing up the rear, former Interior Secretary Mar Roxas, Aquino’s preferred successor, gets 21.7%, while Vice President Jejomar Binay gets 15.5%, with Senator Miriam Defensor Santiago barely registering 2.5%.

Duterte is running on a law-and-order ticket after transforming once lawless Davao into what many now consider to be the Philippines’ safest city (though others contest the veracity of this perception). Certainly, his supporters are the nation’s most fanatical, propelling the former lawyer and prosecutor toward the Malacañang Palace despite a litany of controversies.

2. Why controversial?
Where to begin! Human-rights groups allege that Duterte’s crime-busting efforts in Davao involve “death squads” stalking suspected criminals and summarily executing them in the street. Amnesty International has called for the investigation of 700 suspicious deaths. Duterte has refused to apologize for his tactics during 30 years as mayor and prosecutor, though he told TIME that his forces only open fire when encountering violent resistance.

Still, allegations of mass-murder have taken a back seat during the campaign, with Duterte’s self-professed “dirty mouth” repeatedly dunking him in a Manila Bay of hot water. During a stump speech he joked that he “should have been first” in the 1989 gang rape of a “beautiful” Australian missionary. When his daughter subsequently said that she had also been raped, Duterte dubbed her a “drama queen.” Amid countless expletive-laced invectives, he also said he would “kill” his own children if they dabbled with drugs, and bantered about his penis during a meeting with business leaders. Regardless, support has soared.

Most recently, he has become embroiled in a financial scandal. Senator Antonio Trillanes IV, who is running as an independent for Vice President, alleges that Duterte did not declare some $51 million — supposedly deposited in a joint bank account he held with his daughter — when he filed his 2014 statement of assets, liabilities and net worth. On Thursday, Trillanes filed a case against Duterte at the Ombudsman, also alleging the mayor charged salaries for 11,000 nonexistent government employees.

Duterte has vehemently denied any impropriety, accusing Trillanes of dirty tricks. Mud sticks, however, and many believe that these graft allegations have the potential to derail his presidential aspirations, given that Duterte has wooed voters by portraying himself as the panacea to crime, drugs and corruption.

3. So is it all about Duterte’s boorishness or do more serious issues like the economy figure in the election?
They do, and on the economy there’s a good deal of consensus among the candidates. Economists paint a rosy picture of today’s Philippines: growth stands at about 6.5%, inflation is kept at a tidy 2% and President Aquino has worked hard to keep national debt firmly under control.

Crucially, this nation of 100 million has enjoyed a sustained period of stability. This is a massive improvement considering that less than a decade ago coup rumors were persistent. (In 2007, renegade soldiers even staged an occupation of Manila’s five-star Peninsula Hotel, prompting a tank to be driven into the sparkling lobby.)

To maintain this upward trajectory, foreign investment will be key, and fortunately all the presidential candidates have expressed similar sentiments on fiscal matters. “On economic policy they pretty much agree on many key things, so that’s a very good sign for foreign investors,” says Ronald Mendoza, associate professor of economics at the Asian Institute of Management in Manila.

4. Why not elect a continuity candidate, in that case?
The country’s macro-level boom lacks inclusiveness. Manila does not feel like a thriving city, crammed as it is with squalid shanties, and many of society’s poorest have seen little benefit. Things are even worse in rural areas, where farmers contend with woeful infrastructure and a devastating diet of typhoons and droughts spurred by El Niño.

“We keep hearing that things are going well, but we don’t see a big shift of this supposed growth trickling down,” says Catherine Scerri, development manager at Bahay Tuluyan, an NGO that helps street children. “There’s still a massive amount of children in very difficult situations.”

The analysts TIME canvassed all believe Roxas, Aquino’s pick, would do a decent job, but he is not a natural politician and has failed to click with voters. Binay has been hit with his own serious graft allegations (which he strenuously denies) and Poe’s campaign has been dogged by contentions she fails to meet a minimum residency requirement, and that she previously renounced her Philippine nationality to live in the U.S.

All the while Duterte has kept on railing against drugs, crime and corruption — concerns that resonate across the archipelago nation’s diverse regions and socioeconomic strata. Even when asked about the economy, Duterte reverts back to these key principles. “Investment depends on law and order,” he told TIME last month. “For as long as there is no law and order nobody will invest.”

That maybe true, though investors also want a leader that inspires confidence, and Duterte will have to project a more presidential demeanor to do that. 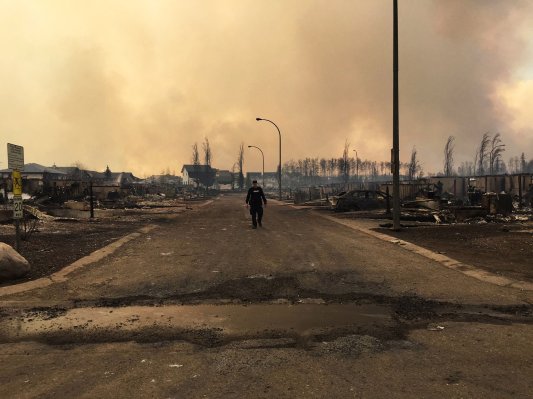