An Australian man who reportedly served as a senior recruiter for the Islamic State of Iraq and Greater Syria (ISIS) militant group has been killed in an air strike by U.S. forces in Iraq, according to reports.

The U.S. military told the Australian government that Neil Prakash was killed along with about a dozen other ISIS fighters in the city of Mosul in northern Iraq last Friday, the Sydney Morning Herald reported.

Prakash is believed to be the most senior Australian figure to have joined ISIS, and has previously called for attacks on his home country and the U.S. Australian Prime Minister Malcolm Turnbull called Prakash’s death a “very positive development in the war against [ISIS],” according to the Australian newspaper.

Shadi Jabar, the sister of a teenager who opened fire on a police station in New South Wales last year in an ISIS-inspired attack, was also reportedly killed in a separate strike.

Australia is the biggest per capita supplier of fighters to the international terrorist group’s forces in the Middle East, with at least 110 individuals from the country reportedly fighting in Syria and Iraq. 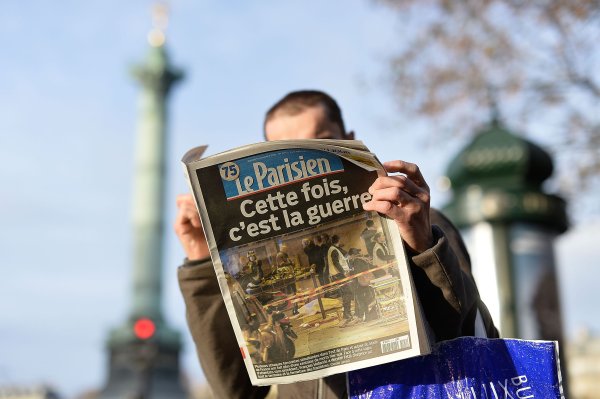 How the Paris Attacks Changed Us
Next Up: Editor's Pick