A police officer stands outside the shop where Asad Shah worked in Glasgow on March 26, 2016. Scottish police say the killing of a Muslim shopkeeper who wished Christians a happy Easter is being investigated as “religiously prejudiced.”
John Linton—AP
Ideas
By Jonathan A. Greenblatt and Elisa Massimino
Greenblatt is CEO and National Director of the Anti-Defamation League. His new book is It Could Happen Here: Why America is Tipping from Hate to the Unthinkable
Elisa Massimino is the President and Chief Executive Officer of Human Rights First.

In the shadows of global crises, it’s a sad fact of everyday life that people around the world are routinely attacked, threatened or intimidated simply because of who they are or what they believe. In addition to the impact on individuals, these attacks, left unchecked, metastasize and grow—sometimes to crises. Governments can and should do much more to document, prevent and punish these bias-motivated crimes.

Hate crimes have a uniquely devastating emotional and psychological impact; they terrorize not only the direct victims, but entire communities. When employees of a Kosher deli in Copenhagen came to work last April to find broken glass and the word “Jødesvin,” (Jewish pig) written on the wall, a whole community was threatened. When, in December, a man beat a Muslim storeowner in Queens in broad daylight, declaring, “I kill Muslims,” other Muslims and people perceived as Muslims feared for their safety. These crimes reflect the persistence—and in some cases, the resurgence—of xenophobia, antisemitism, Islamophobia and other forms of bigotry in Europe and the U.S.

In Europe, the increasing strength of both far-right political parties and Islamist extremists has created a dangerous environment for minorities. Antisemitism is the virulent thread linking the ideologies of these groups, and each is exploiting the refugee crisis for their own purposes. Far-right parties use it to stir up hatred against Muslims and immigrants; Islamist extremists cite this hostility as proof that Muslims have no place in the West to fuel recruitment to their ranks. And in many parts of Europe, other groups—such as Roma and LGBT people—are frequent targets of violent hate crimes.

The world’s largest regional security organization, the Organization for Security and Cooperation in Europe (OSCE) is a leader in addressing this problem. It collects data from governments and nonprofit organizations on hate crimes across its 57 member states, including Russia and the U.S.

Every year, the Anti-Defamation League and Human Rights First team up to grade OSCE countries on their efforts to track and address hate crimes. The verdict? Despite their arsenal of commitments, training programs and tools, most OSCE countries are failing to respond adequately to hate crimes, leaving minority communities in danger.

Bias-motivated attacks are difficult to track. But statistics suggest that once every 90 minutes in the U.S. someone—or some business or institution—is attacked because of personal characteristics; in the E.U., with a much larger population, the frequency is even higher. For many LGBT people, Muslims, Roma, Sinti, Jews and other vulnerable communities in the OSCE region, avoiding violence and harassment informs daily lives. Commitments to human dignity and fundamental rights ring hollow without action to confront this problem. Even in countries where governments are taking significant action, such as France, Germany and the U.K., Muslims face restrictions on their right to wear headscarves in public spaces, and harassment is so prevalent that some Jews question whether it is safe to wear a kippah in public.

Given the severity of this problem, the lack of serious commitment from many OSCE countries is an astonishing dereliction. While 52 of the 57 countries have a hate crime law or sentencing-enhancement law on the books, only about half report more than one hate crime per year. Even fewer countries report specific data—the type of crime, the target or whether the perpetrator is punished. Even more troubling, 21 governments didn’t collect any data at all. NGOs, with virtually no resources or reach, report a vastly more disturbing picture.

This is unacceptable. Without comprehensive information about the nature and magnitude of hate crime, efforts to combat it will be hobbled, at best. While the problem of underreporting and incomplete hate crimes laws is not unique to Europe, and the U.S. faces its own challenges in extending fully inclusive hate crimes laws to all 50 states, for the sake of their citizens and societies, European governments should make good on their own commitments to combat hate crime. Tracking the problem is an essential first step.

Hate crimes are corrosive. Left unaddressed, they lead to broader society breakdown and increased violence. Communities and individuals victimized by bias-motivated violence shouldn’t be left to fend for themselves. Advocates of equality everywhere should demand that governments take hate crimes seriously. We all have a stake in building societies that are intolerant of intolerance. 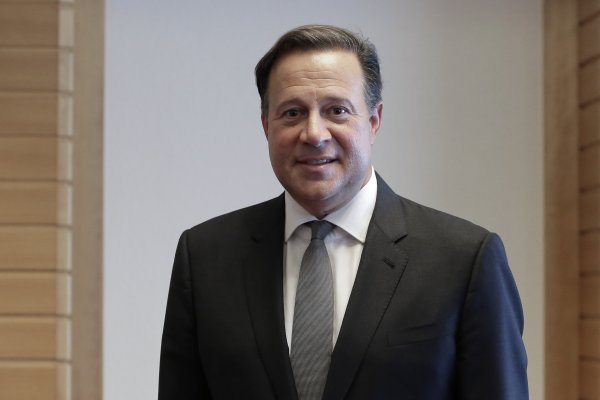 Embrace Transparency to Fight Corruption
Next Up: Editor's Pick